When it comes to determining the next steps in your life, all sorts of factors come into play.

In my world, one of the most significant ones is the sport of tennis.

It’s dictated my journey more than anything else.

To fully grasp the relevance of the sport, we have to go back a few years.

Actually, back to the very beginning when I was just a little kid in Mexico.

My big brother played tennis. And I was always dragged along to his practices.

Since I was too young to play with him, my mom would throw me balls, and I’d swing at them with my tiny racquet.

This was my introduction to the game.

Even though I’ve traveled all over the world for tennis – Mexico, Spain, Miami, Alabama – my first journey took me right outside of my front door.

From early on, I’ve been willing to go wherever tennis took me.

So, this is the story of how tennis paved my path. 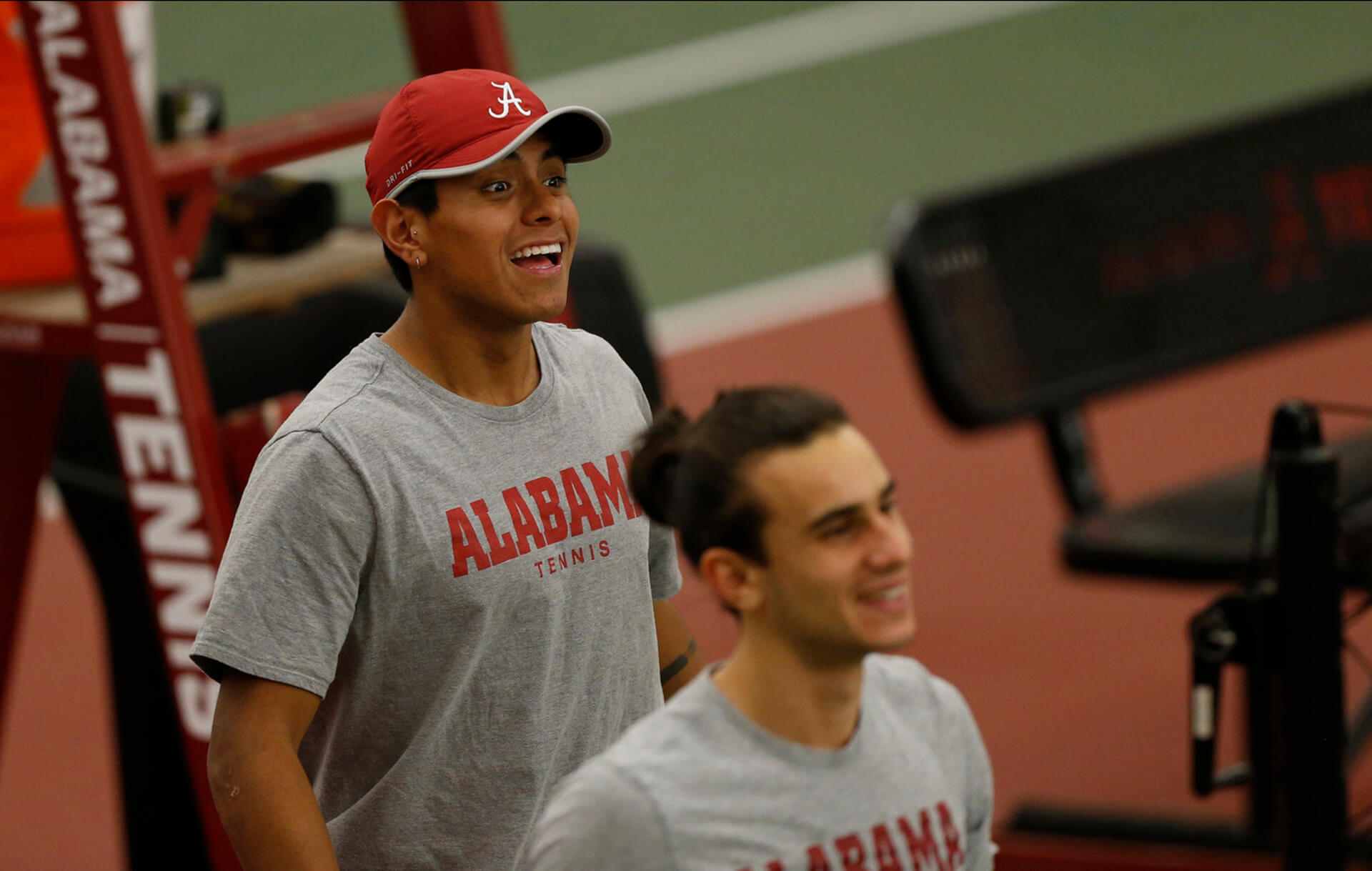 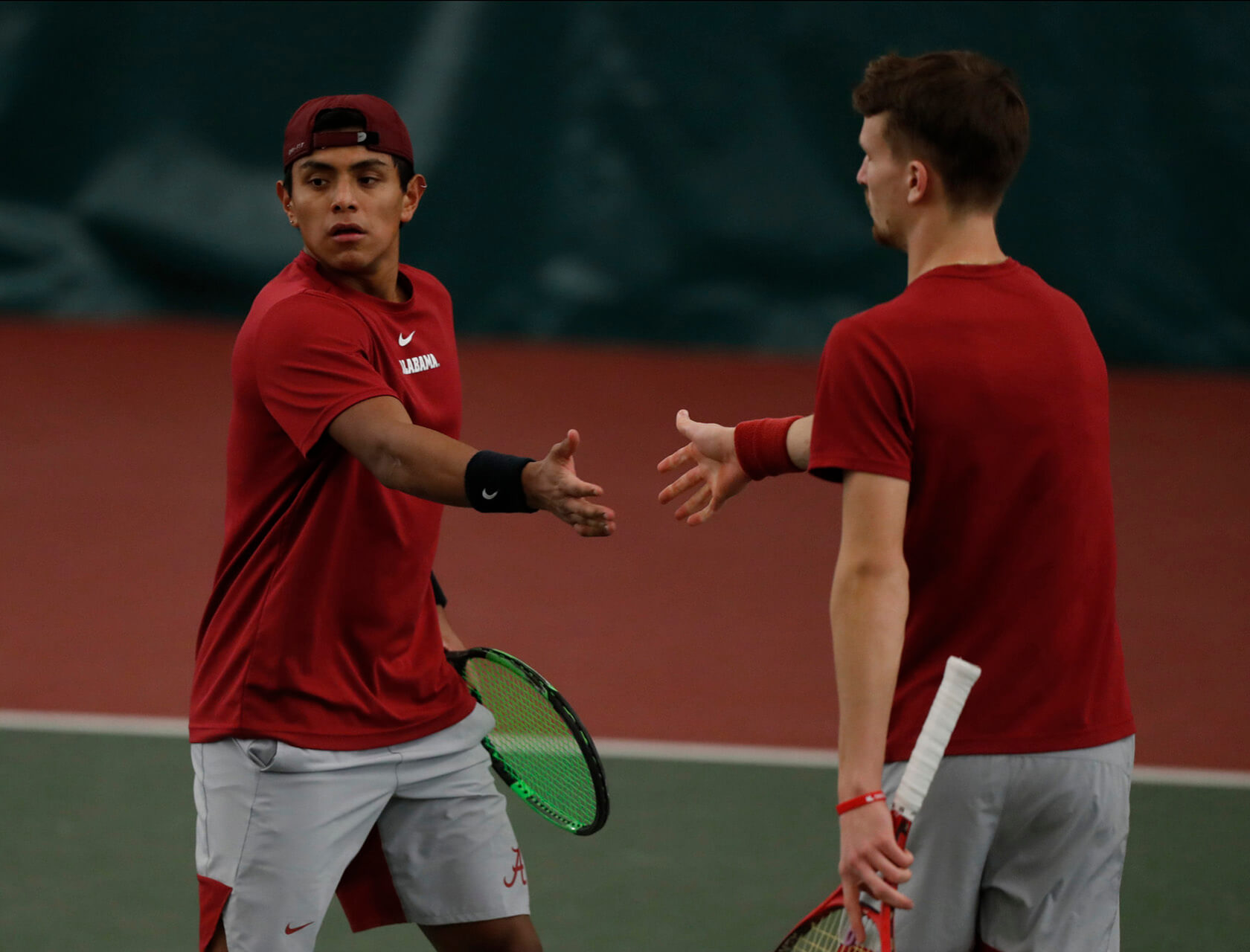 I grew up in Mexico with my family.

No matter where tennis led me, this was, and always will be, home to me.

It’s where I grew up and have my roots.

That said, though, tennis wasn’t super popular in Mexico.

I was able to reach a certain level with local coaches, but it wasn’t as widely embraced as other sports in the area. If I ever wanted to make it big, I knew I’d have to move.

So, when someone from a big academy in Spain came to visit one day, my parents gave me the option to follow these coaches back to Spain.

We all liked the way these guys taught. Plus, we had a family friend who trusted him. My parents said they’d support me if I wanted to go to Spain and train.

Not going to lie, 12-year-old me was really nervous about it. It’s a pretty big decision to make.

It definitely helped to know that my parents were going to support me no matter what. They didn’t try to sway me one way or another. The most important thing to them was that I was happy.

In the end, the motivation to raise my tennis level made the decision for me.

And off to Spain I went.

The first couple of weeks were rough, for sure.

It’s hard knowing your family is an entire ocean away. But, it was easy to get involved and distracted by all the exciting things going on.

While it certainly took some getting used to, after a couple of weeks, I felt a lot more comfortable.

The time in Spain definitely took my game to a different level. Being surrounded by other ambitious players and top coaches was absolutely the right decision.

But after spending time on and off there for two years, it was time to make another move.

And it was once again inspired by tennis.

This move ended up being pivotal for my tennis career. Not only did it really push my tennis game, it also introduced me to the idea of college tennis. I learned all about the system and its great opportunities.

I came back to Mexico for about a year. The process of moving back was pretty strange for me.

Adjusting to being a regular student was arguably the hardest part.

I was used to working off a schedule dedicated to tennis. Not having that was a huge change.

So, this may not come as a surprise, but after a year, it was time to shift gears again.

And when I was eyeing the next opportunity, one academy stood out.

The famous Sánchez-Casal Academy in Miami.

This decision ended up being pivotal for my tennis career.

Not only did it really push my tennis game, it also introduced me to the idea of college tennis.

I learned all about the system and its great opportunities.

So, after a while, it was time to look at schools. 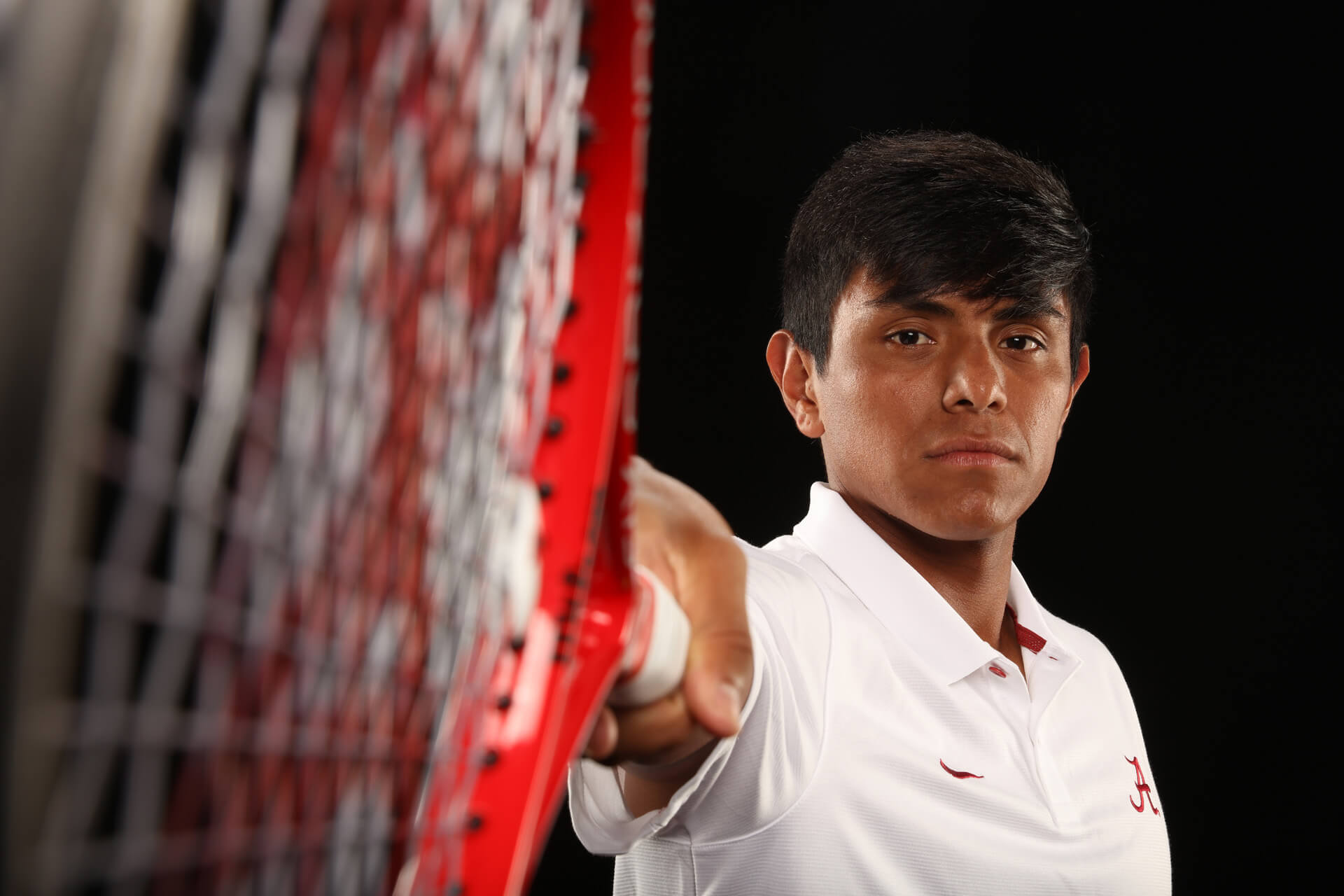 At that point, I was way behind in the recruiting timeline.

Thanks to some of my friends at the academy, they told me how to get my name out there. And they helped me with how to respond when coaches were messaging me.

The two schools at the top of my list were Alabama and Miami. I had grown to like the city of Miami. It felt like home to me, and it also “looked” a lot more like me.

The significant Hispanic population in the city led me to think that this might be a better fit.

But during my visit to Alabama, I felt something different.

The environment was special. The atmosphere was inviting. Every player, coach, and student I talked to seemed genuine and real. That visit put me over the top.

So, I was heading to Alabama.

The problem was, I was so late in the process that I had to start in Spring 2017 rather than Fall 2016 like initially intended.

Because of that, I was thrown right into the fire.

Just ten days after getting on campus, I had my first competition.

And let me tell you, college tennis is a completely different sport from junior tennis.

As a result, freshman year was a struggle for me.

I didn’t really find my place yet. Despite all the support from the athletic department and teammates, I just had a bit of a hard time adjusting at first.

However, over time, I not only grew into a better player, but also tried to lead the team.

Well, I wanted to take Alabama to a place they’d never been. 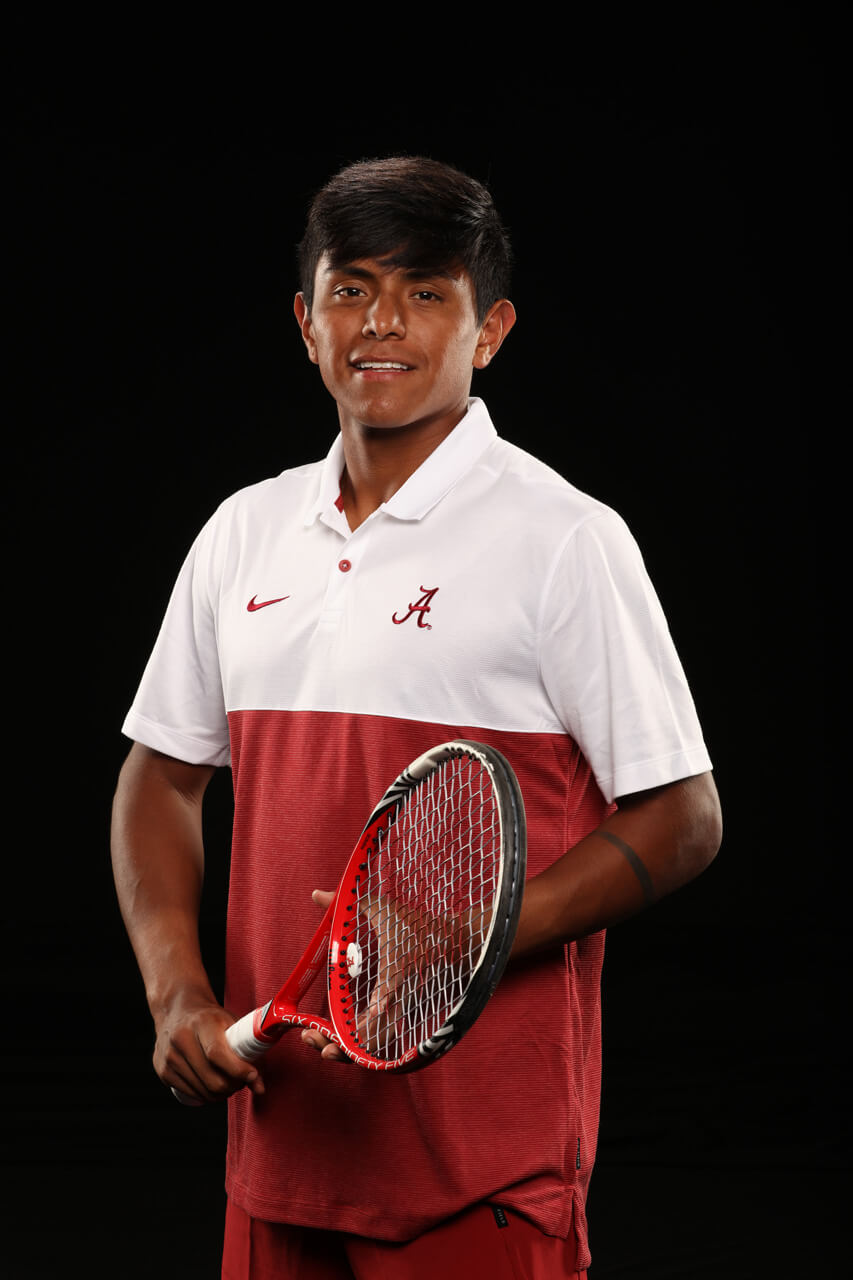 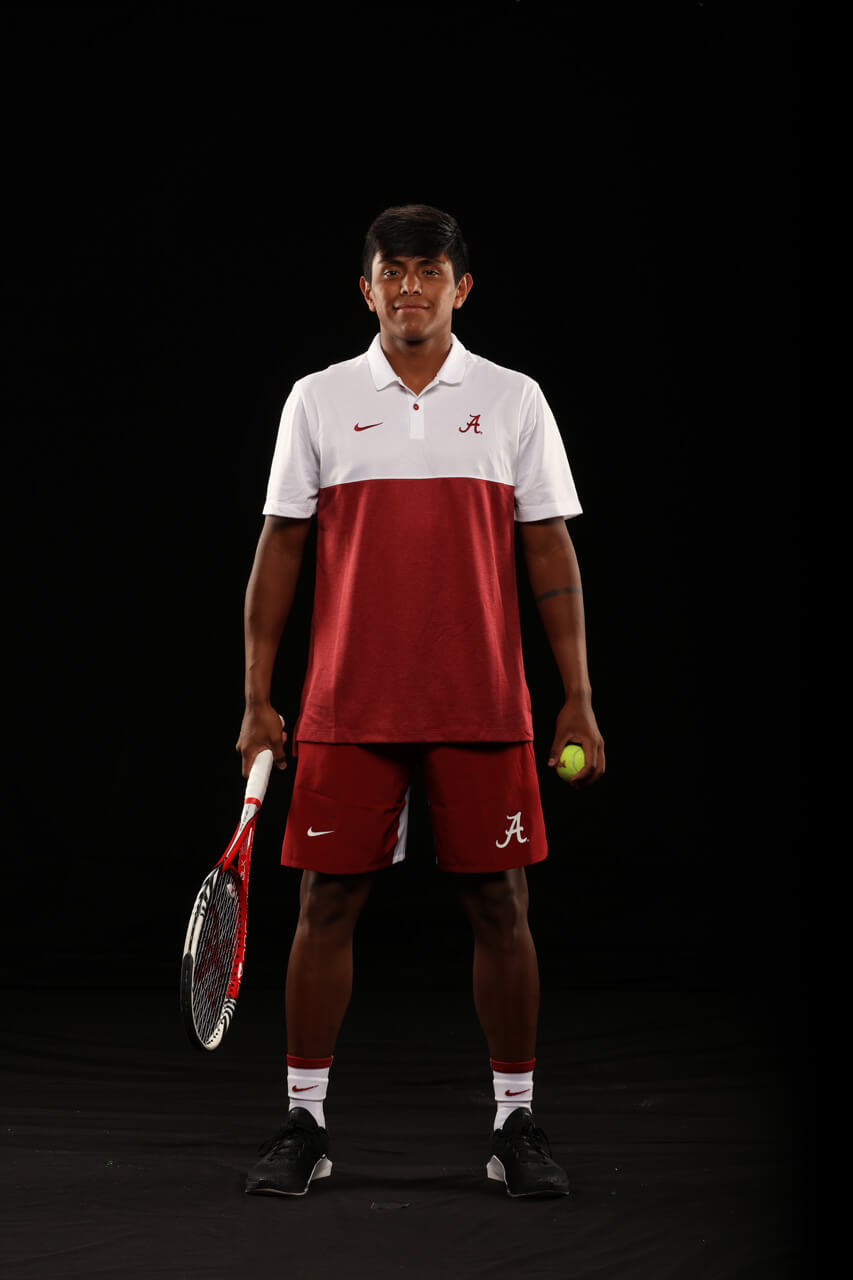 If I want the tennis program here to remember me by one thing, I want my impact as a leader to be felt.

Over the next two years, we’ve been a lot more competitive.

In the 2017-2018 season, for example, we surprised many people by upsetting Auburn and Kentucky in the SEC Championships and making it to the Sweet 16 in the NCAAs before falling to Texas A&M.

Now, this is almost a bit of the standard.

I feel proud that I’ve been one of the leaders instituting that change.

The greatest gift to me would be to come back in five years and see this team grow even more. I feel like we’ve put ourselves in that place, and we’ve established a new foundation.

As for me personally, I don’t know what’s next. I could see myself as a coach. I love the idea of educating and inspiring young tennis players like myself.

Whatever happens, though, I know I’m ready for the next step. I’m willing to leap to wherever offers the best chance for me to excel.

And I do have a feeling that tennis may lead the way again.