From Spain to Alabama

I’m grateful for my international experience, but I’m excited to call Alabama my new home.

From a young age, my family and I have moved for my parents’ work, taking me to different countries around the world. Change became my new normal, and I continually adjusted to new environments, homes, and languages.

Still, through it all, two things never changed; my love for my family and my love for tennis.

My passion for the two has helped me get to Alabama. If it wasn’t for the continued support of my family and my determination to play tennis at the collegiate level, I might not be at Bama right now, or even in the United States.

As a young kid, my parents put me in many different sports, such as soccer, swimming, and cross country. My mom was hoping that I would follow her footsteps (she was a collegiate swimmer), but once I gave tennis a try, I knew that this was the sport for me.

I picked up my first tennis racquet when I was five years old. Over the years, tennis has taken me all over the world and given me lifelong friends. 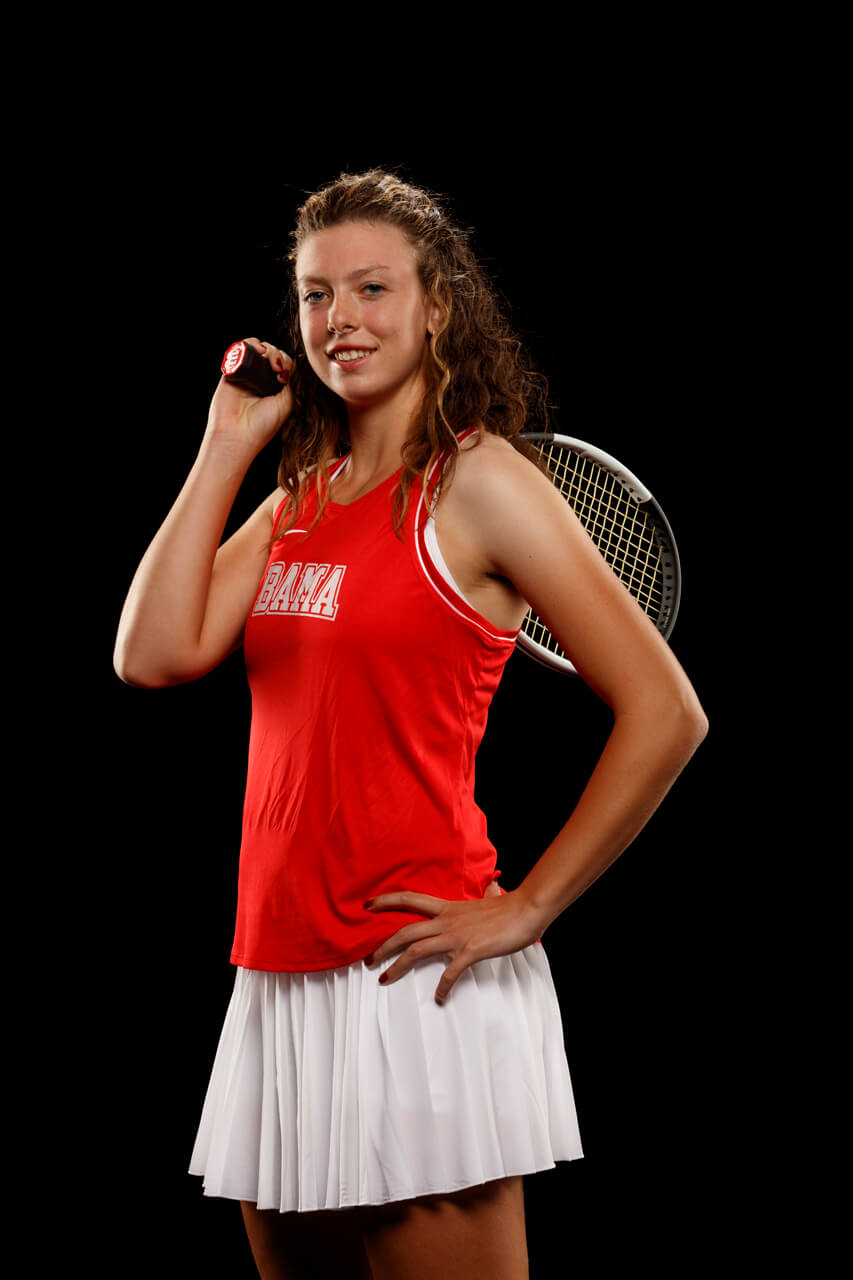 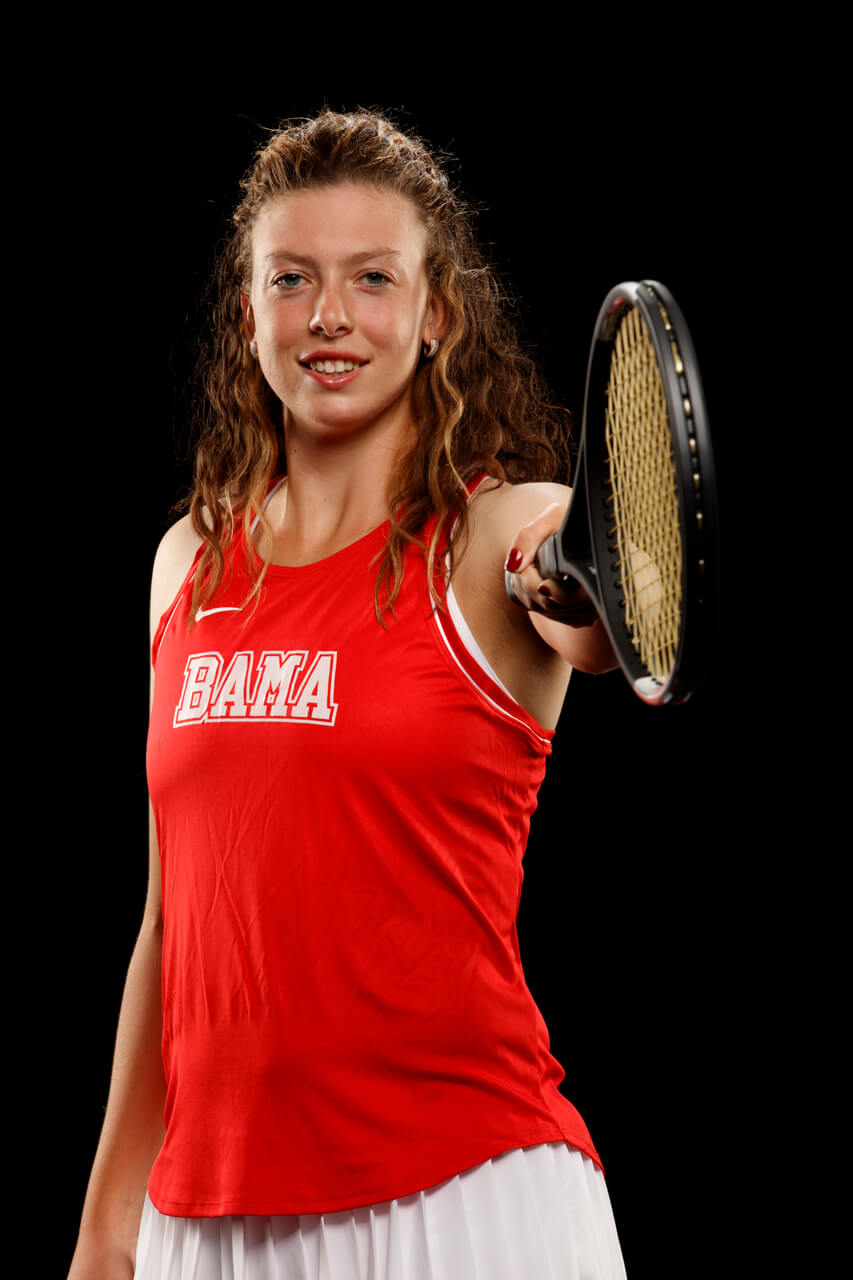 Throughout my entire childhood, I was exposed to a lot of different environments and people.

I was born in Washington D.C. but have lived in Virginia, the Czech Republic, California, and most recently, Spain.

Just before my 13th birthday, my family and I moved from California to Barcelona. Even though I was leaving a place I loved, I embraced the opportunities ahead, and was excited about the new adventure.

After arriving to Spain, I quickly realized that this was a great opportunity to improve my game.

In Spain, I got to regularly compete against some of the world’s best because they were all within a quick car, train, or plane ride.

Spain is an international powerhouse for tennis. International tournaments hosted in Spain, and throughout Europe, allowed me to play people from different countries.

The variety of competition and playing styles was invaluable.

In addition to that, switching to clay courts in Spain/Europe really added to my style of play as well.

Adjusting to all of these new variables may seem like a simple task, but it is a very different type of game that requires a lot of getting used to.

As soon as I got the hang of clay courts, I saw my level improve. I felt like I learned a lot of new skills that perfectly complemented my game.

As I continued to become a better player, I soon had to make a difficult choice.

Once I graduate from high school, should I try to play professionally or play college tennis?

After a few conversations with my family, we were all on the same page – I should go to college in the United States.

I valued education a lot and combining it with tennis simply was the perfect fit.

What clinched it for me though was the amazing tennis coaches, teammates, and athletic trainers. I knew that Alabama would provide the family environment that I was looking for.

Knowing my parents and my three siblings would remain in Barcelona was a hard thing to accept. I told myself that even though they were thousands of miles away, they were also just a phone call away.

I ended up choosing Alabama for a variety of reasons. Their accredited nutrition program caught my attention just as much as their athletic excellence. Besides, the SEC is one of the most competitive conferences in college tennis.

What clinched it for me though was the amazing tennis coaches, teammates, and athletic trainers. I knew that Alabama would provide the family environment that I was looking for.

Leaving my family behind was definitely the most difficult part about the move. But fortunately, everyone here at Alabama helps tremendously with the adjustment. 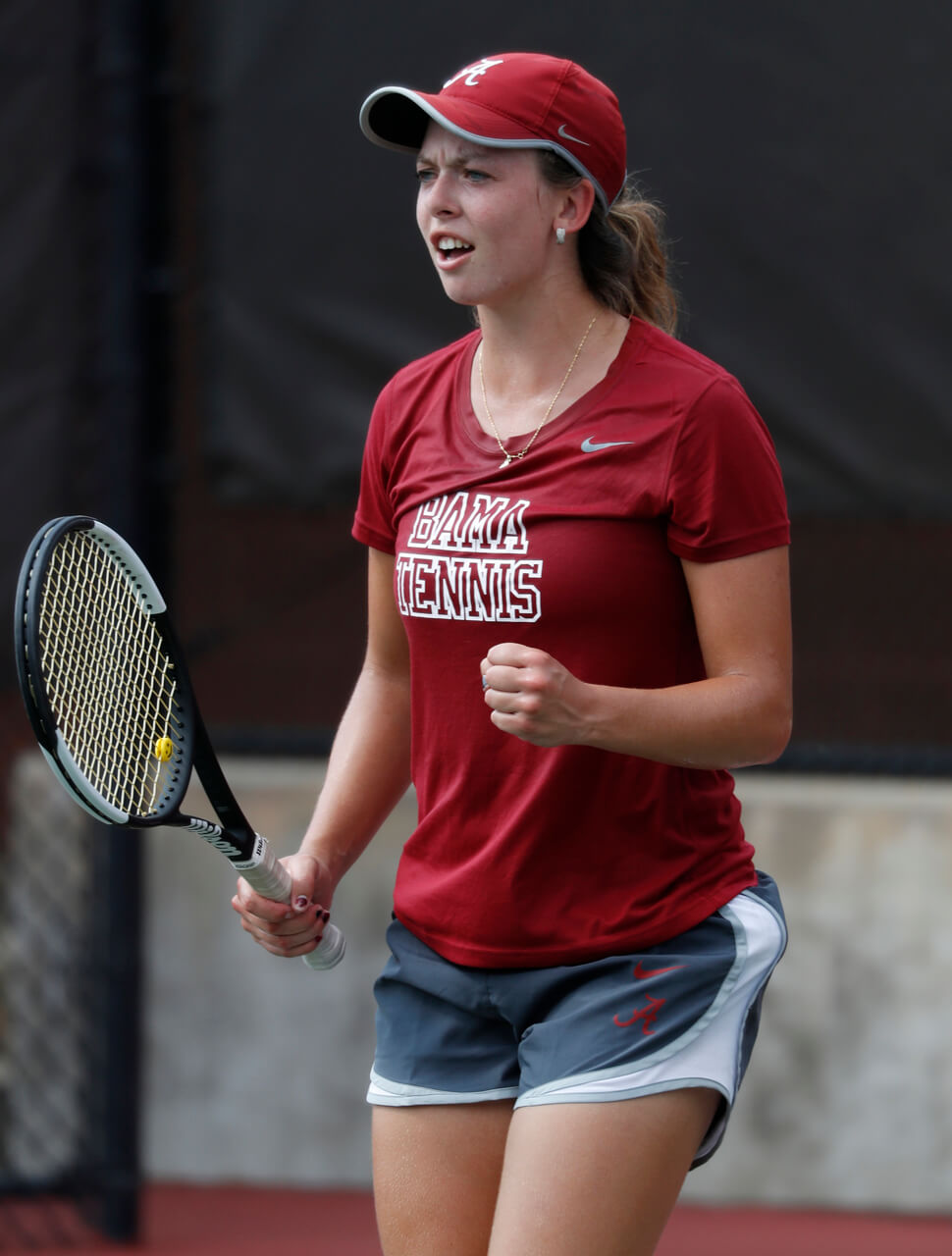 With all this change going on, it’s hard to think too far down the line, but I do have
several ambitions for the future.

Individually, I am getting some of my first tournaments under my belt. In doubles, my partner and I had a recent win over a highly ranked opponent.

As I settle in, and become more acquainted with college tennis, I want to contribute to the overall success of this team.

I have four seasons ahead of me, and can’t wait to represent the Crimson Tide in the SEC and all over the country.

After college, I may try to go pro and see how far I can go, but as mentioned above, I have other aspirations as well.

I’m passionate about nutrition and hopefully, I can use my college degree in the arena of sports performance and help others to use it as a healing tool. I think there are a lot of great possibilities in the industry.

For now, I want to focus on my time here with my team and my academics. If there is one thing I learned in life, it’s that things can change very quickly, and not to plan too far ahead.

At the end of the day, the only constant is change, and I will be ready for it when it comes.