My family is everything to me.

I’ve always been a family-oriented person and having their love and support brings something different out of me. It makes me a better player on the basketball court and an even better person off it.

That was one of the biggest reasons why I made the decision to transfer from Florida State to the University of Alabama.

But that feeling of family extended far beyond my immediate one.

I already knew most of the players on the team and a few coaches.

Between the basketball team and the other friends I had already attending the school, my journey to Alabama felt like a high school reunion in many ways.

It felt like more than just a pit stop to something bigger. 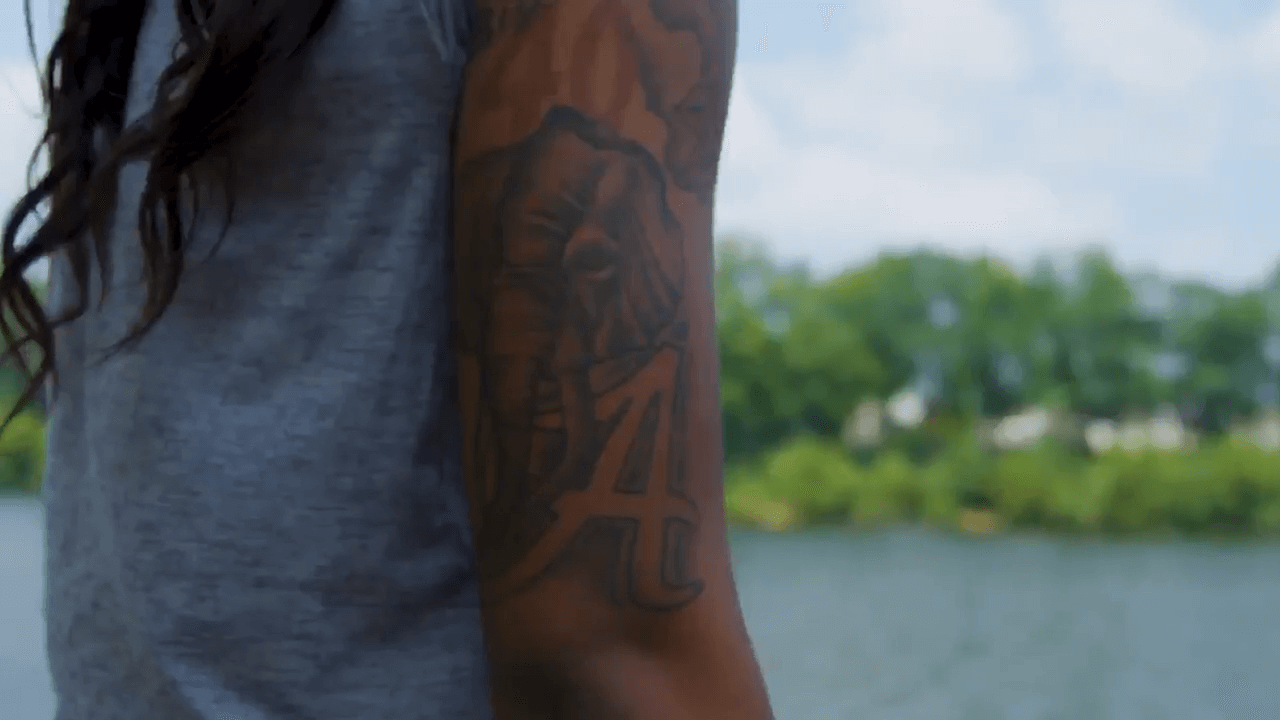 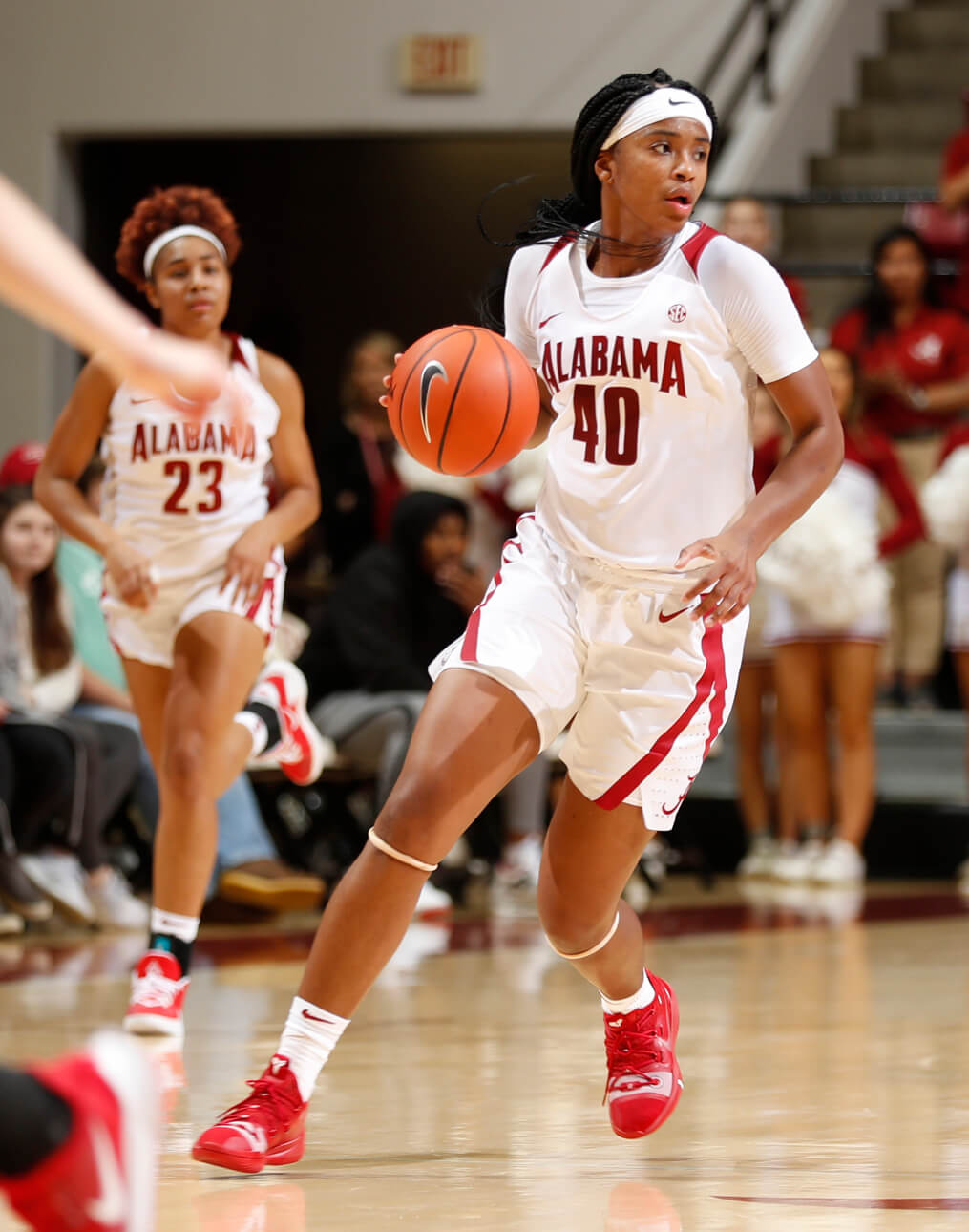 A Secret Lies In The Tattoo

It was no surprise to me that transferring schools made me a happier person.

I’m from the state of Alabama, and I take big pride in where I’m from.

On the back of my arm, I even have a tattoo that speaks to this.

At first, it was simply supposed to be an elephant, but my tattoo artist suggested I go ahead and add the “A” to it. So it was one of those spur-of-the-moment things.

It’s still my favorite tattoo to this day.

I wasn’t always into sports growing up, you know?! I was more into embarrassing friends in Mario Kart than anything else.

I started late in the sport, but everything just came so natural. I continued to improve every year, and by the time I was in high school, I had already made up in my mind that I wanted to play in the WNBA. So I always set a goal in whatever I did to be productive in accomplishing that dream.

One of those goals was playing college ball.

I’d be in the gym—day in and day out—working on my craft.

I still know where I want to go to this very day, and I won’t be satisfied until I get there.

College has always been a goal of mine too because of the education part of it. Being able to have a degree under my belt is something nobody can ever take away from me.

I started late in the sport, but everything just came so natural. I continued to improve every year, and by the time I was in high school, I had already made up in my mind that I wanted to play in the WNBA. So I always set a goal in whatever I did to be productive in accomplishing that dream.

Sifting Through The Noise

The college recruiting process was pretty stressful for me.

I was excited for an opportunity to further my education and basketball career, but at the same time, I just wanted the process to be over.

You have all of these people calling you and wanting you to come to their facility. It’s impossible to visit everybody with the NCAA only allowing five visits anyways.

My mom didn’t really know too much about it, either. I really had to seek out help from my high school and AAU coaches because we were caught off guard by the process.

My initial reason for picking Florida State was because I felt like that was the school for me at the time. When things didn’t work out and I transferred to Alabama, I knew I was finally at a school that I could call home.

I felt like the people there were family first over everything.

There’s nothing bad about being a transfer athlete. You just have to take a different route sometimes in life.

Choosing the right environment was very important to me. Being able to have the resources you need around you helps a lot, along with having coaches & teammates that want you to be better as much as you do. It gives you faith that everyone is on the same page.

I went through the entire recruiting process twice in hopes of succeeding on the court and in the classroom. And I’d say I’ve done pretty well for myself.

I was on the 2019 SEC Academic Honor Roll for a second consecutive year, led the team in rebounds, and was second in points this season.

Definitely something I’m very proud of. 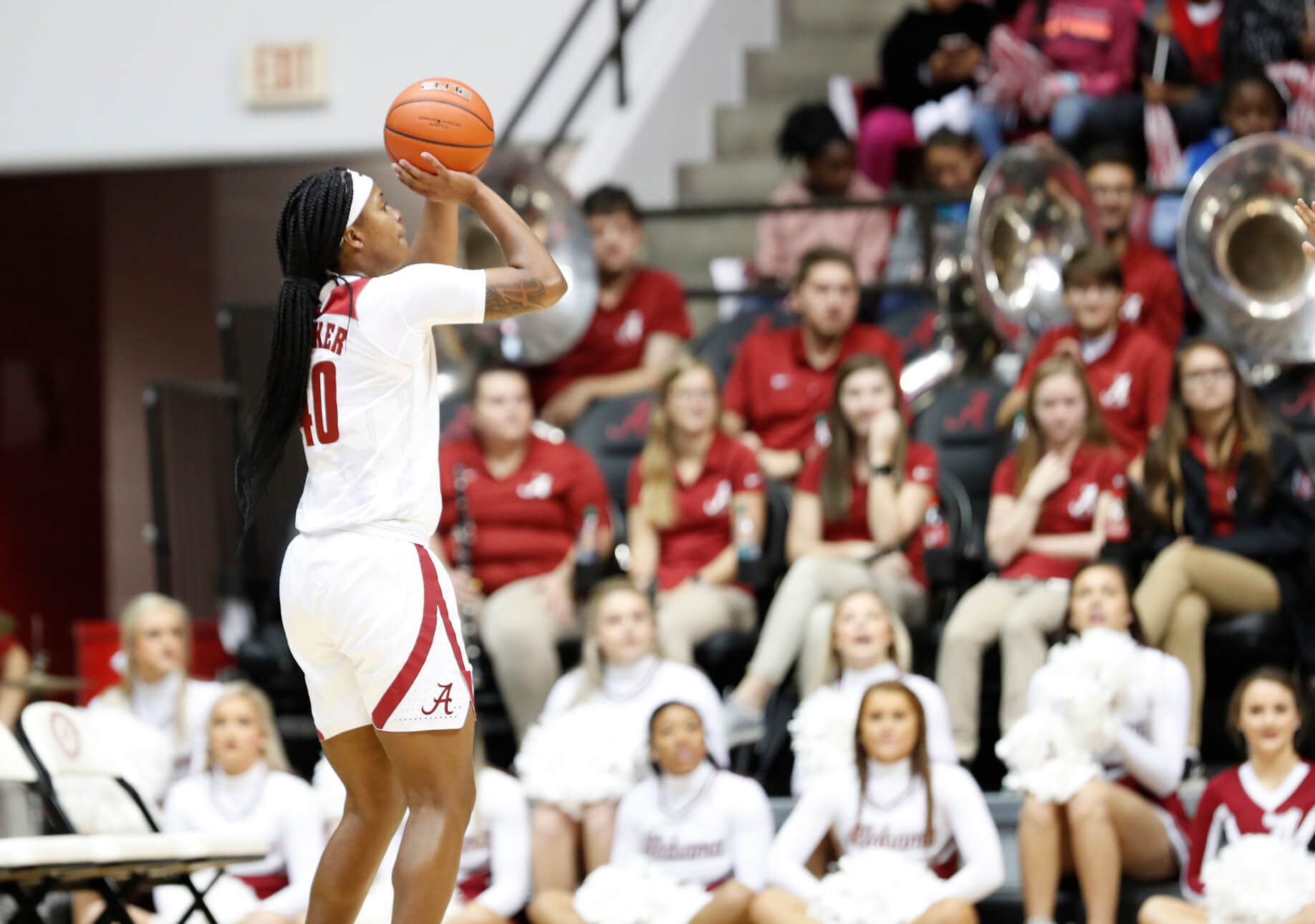 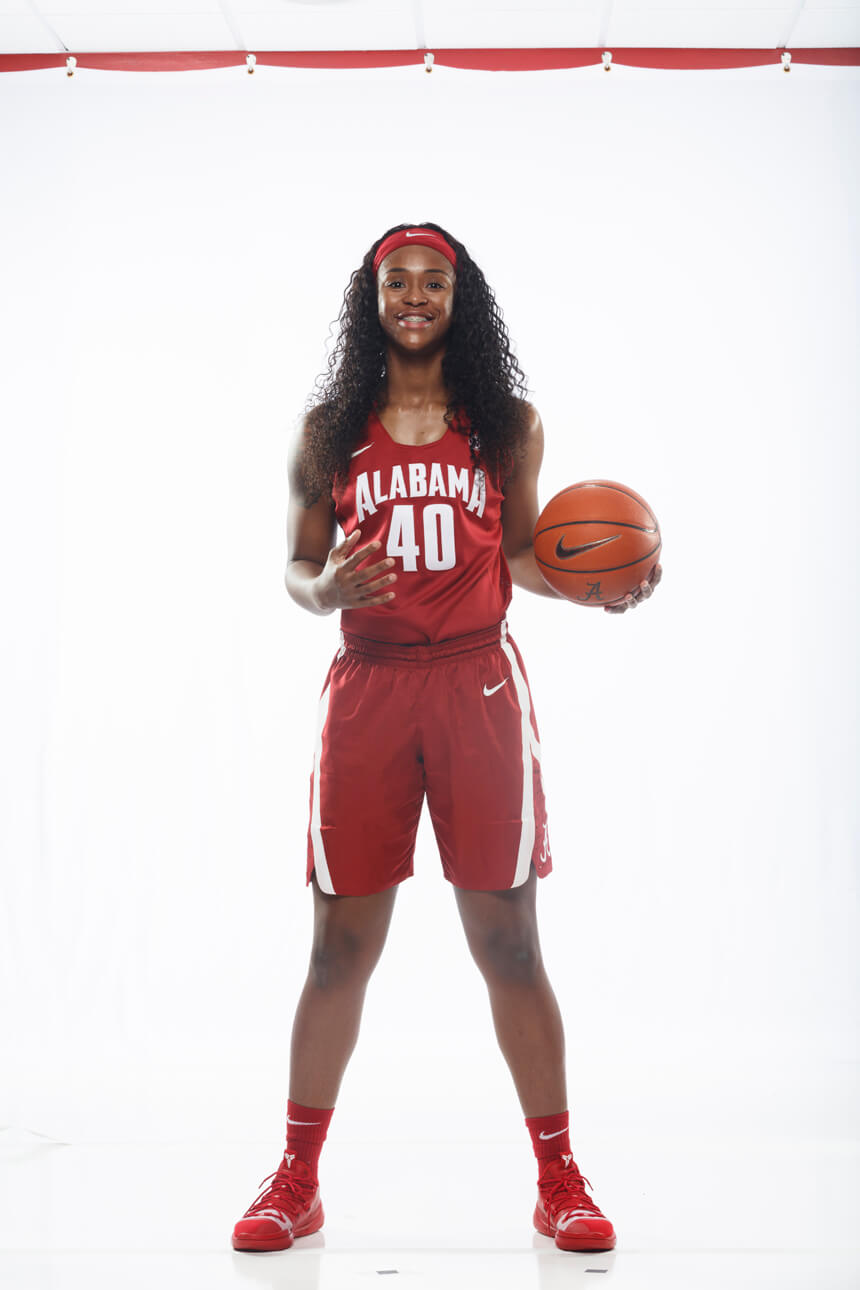 The Ending No One Wanted

My 2020 season would have been even better if we got to finish what we started.

We were really beginning to hit a stride and turning into one of those teams that seemed impossible to stop. We were making a ton of progress and eyeing the NCAA Tournament.

But those plans came to an end after the season was canceled in response to the Coronavirus.

We were so heartbroken when we found out, and I’m still not fully over it. I’ve been trying to find ways to be okay with the way things ended.

But at the same time, I feel like everything happens for a reason.

And frankly, it isn’t within me to question what’s going on right now.

This pandemic puts stuff into perspective, particularly the things we might have taken for granted.

Times like these make you sit back and realize that it all can be taken away from you in a heartbeat. 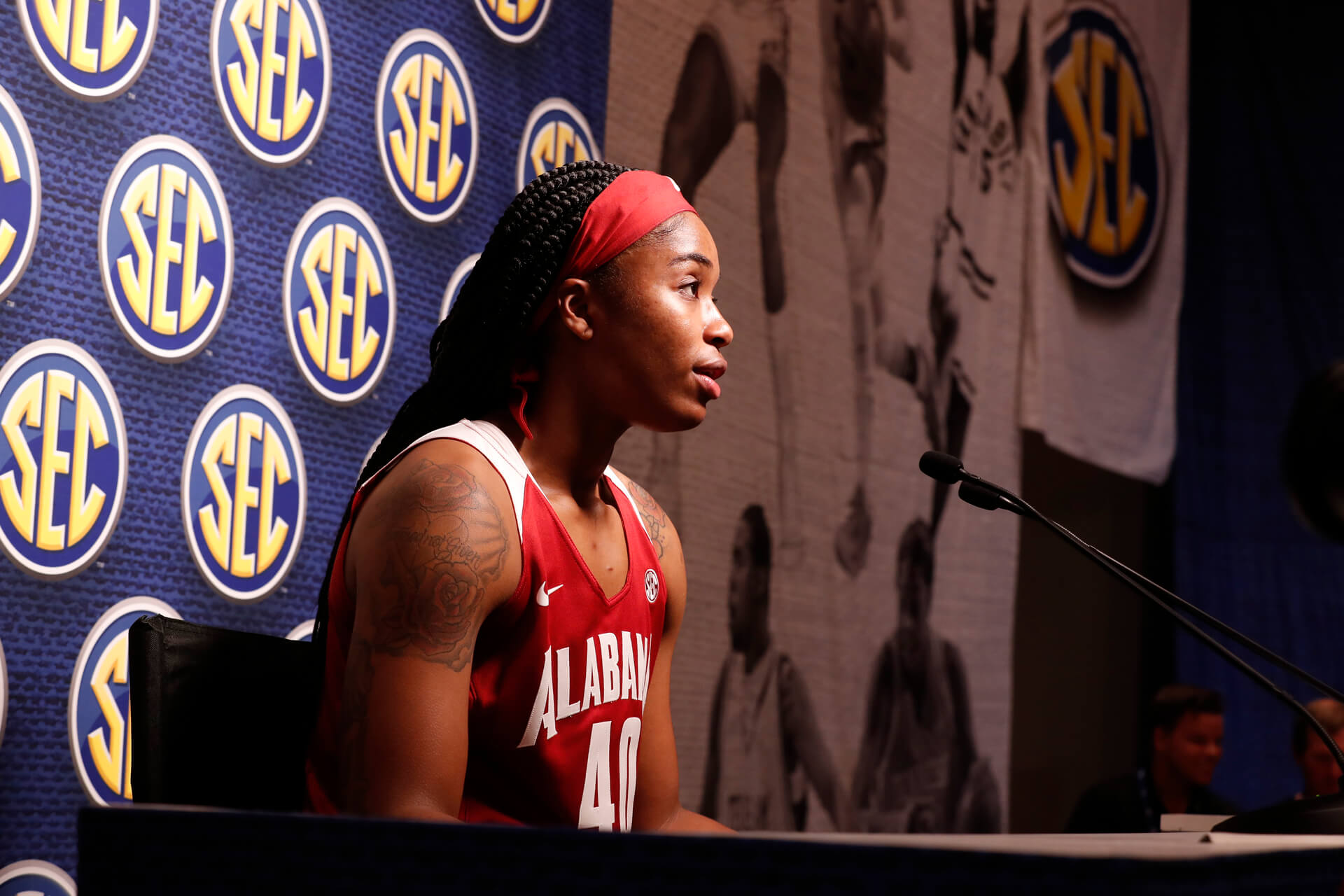 A Hunger That Never Fades

When the gyms reopen and we get back to practice, I’m expecting everyone to be ready to go next season. We should have nobody left behind—nobody a step behind. We all know what we want to do, and we have to go out there and make it happen as a team.

When I think ahead, I often reflect back to our game in February against Mississippi State, when Megan Abrams tipped in the game-winner at the buzzer.

That had to be the most exciting basketball moment of my life.

We weren’t supposed to win that game on paper, but in our minds, we knew we could beat anybody if we played together.

I felt like we worked so hard for it, and we got what we knew we deserved.

This particular game will always be a great reminder of what we’re capable of and definitely serves as motivation for next season.

And I know that we’re all on the same page when it comes to that.

And I’m a strong believer that as long as we put in the work, we’ll keep getting what we deserve. 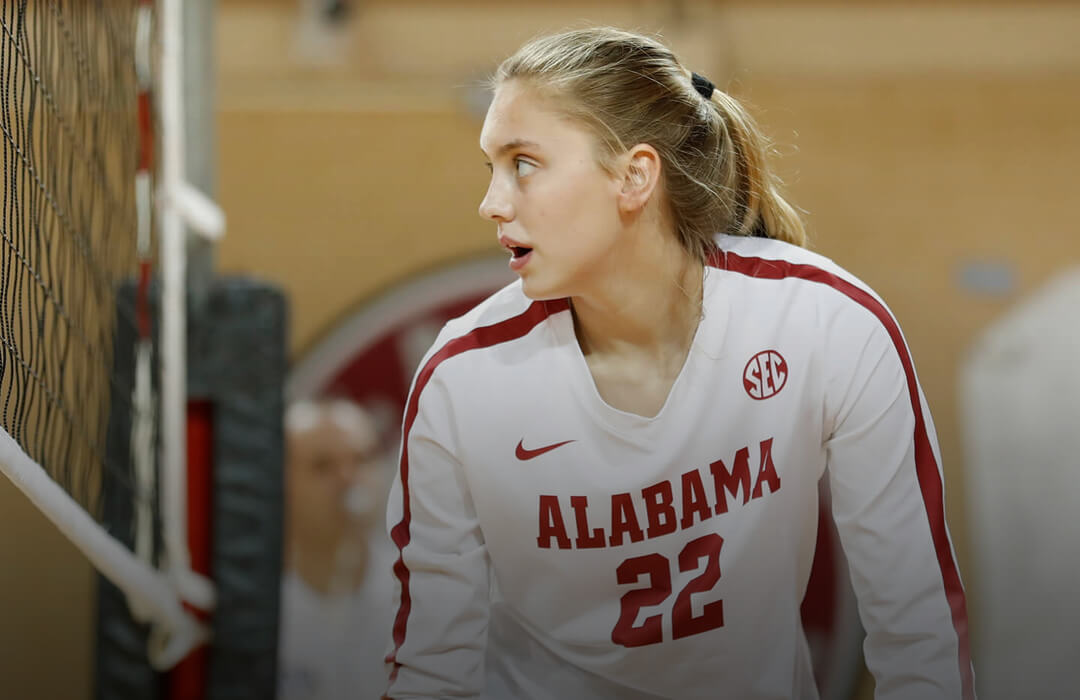