I’ve always felt like kind of an oddball. I mean, it makes sense. I’m a mixed-race girl from south Mississippi with a blonde-haired, blue-eyed family. Not that I don’t fit in with my family, but I always felt… a bit different.

Nonetheless, I always knew where I belong.

I think that’s also why I fell for the sport of softball. Don’t get me wrong, I love the unending desire to win, the need to be the best, and the joy of competition. But truthfully, what really got me hooked was being part of a family.

Softball has allowed me to be a part of something bigger than myself, whether it was in high school, Chipola College or now here at Alabama. I’ve grown to love softball because of the people inside of it.

Through it all, family has always been the most important thing. My adopted family. My new discoveries about my birth family. My softball family. Everything that has helped me in softball connects to family.

Even going back to the very beginning.

It’s funny thinking about it now, but I never wanted to play softball. Or t-ball, I guess.

You see, my mother’s mother started this league in southern Mississippi. My mom and her sister played, so naturally my mom wanted me to play, too. Initially, though, I was not interested.

“No! It’s hot outside,” was probably my number one excuse.

But my mom made me start t-ball at the age of four and, while it may have taken a bit, I slowly started to like it.

Once I was hooked, well, there was no turning back.

I realized early on I didn’t do well with losing. I mean, I wasn’t the kind of kid to play in the dirt or pick the grass. I wanted to win. However, I didn’t realize just how badly I did.

When I was five, I wasn’t selected to play in the t-ball all-star game. I was crushed. I wanted to play with all my friends! That lit a fire in me. I really, really wanted to get better. So, my dad and mom worked with me every day.

The next year, doing coach pitch, I finally made the all-star game, and we won.

And it was clear from that moment on, I just had a passion for winning.

I never stopped playing after that. In general, I’m a fairly indecisive person which is why I ended up trying pretty much every other sport in high school. Nothing though could ever compete with the joy and competition of softball.

But one thing that was even more important to me was academics.

That’s what made picking a college so hard. I knew I was going to play softball, but I also wanted to pick a school with good academics.

Now, late in the process, I had my heart set on a four-year school. It got to the point where my high school coaches would warn JUCO recruiters that I wasn’t even going to listen to them.

However, that didn’t scare away the people from Chipola College in Florida.

They came and visited me one day and had a very effective recruiting tactic. They showed up with their hands full of championship rings. Smart!

They had my attention. So, I went on a visit.

Located between Panama City and Tallahassee, I fell in love with the beautiful campus. The coaches, who happened to be a married couple, also approached things with a lot of discipline and attention to detail, something I was very familiar with growing up in a military-type household.

Just when I thought I was not going to go to a junior college, I was thrown for a loop. 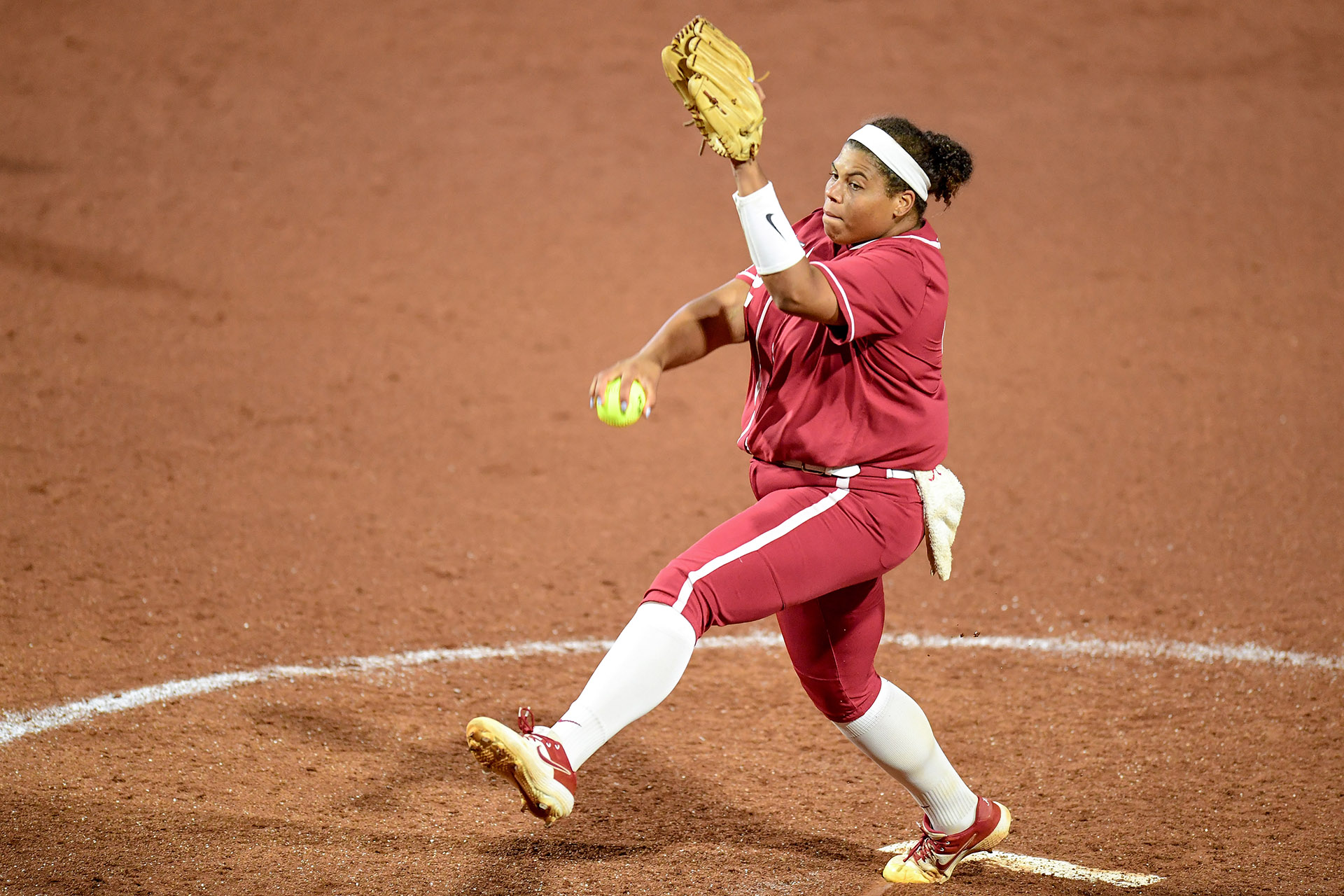 Playing at Chipola was an incredible experience. When I first got there, I was taken back by so many things.

Initially, I was a bit intimidated by the workouts of the position players. In high school, I pitched and played first base, so I expected to do that in college as well. But, after seeing the position player workouts, I decided to focus primarily on pitching.

I loved the family dynamic at Chipola. I felt an instant bond with so many girls there.

I think going there really made me consider my family background, because even from a young age, family was everything to me.

I was adopted just two weeks after being born. My birth mother was a prostitute and drug addict. I was taken away from her, basically when I was born. My mom always says that someone asked her in the hospital if she wanted to go home with a baby. I’ve been with them ever since. Crazy to think about how lucky I got.

Sure, there were troubles growing up. I remember yelling at my mom at times: “You aren’t even my real mom!” Terrible to say. But I guess teenage years do this to you.

Even though we don’t talk much about it, I knew I was adopted. I was different. Yet, through it all, my family was always the most important thing to me. They made me think “family first”.

I got that family-first vibe at Chipola.

That’s what made it so hard to leave.

I initially didn’t want to go to Alabama. I knew once my two years of JUCO were done, I would go to a four-year school to finish my career and I had my heart set on Ole Miss.

I grew up an Ole Miss fan. My brother went to school there. Then, just like in high school when I thought my mind was made up, something changed, though.

Alabama approached me halfway through my sophomore year.

My coaches at Chipola called me in and asked me what I thought about going to Alabama.

“Well, it’d be great to play against them,” I said.

“No, how do you feel about playing for them?”

It was crazy. A school with such a great program wanted me to join their team before I even finished things at Chipola. I was honored.

However, I couldn’t do it. After careful thought and prayer, I opted to stay at Chipola with my teammates and finish the season. It wouldn’t be the last of Alabama, though.

When it came down to decide in the summer, I toured Alabama. And that tour changed everything.

I loved campus. I loved the atmosphere. Most of all though, I loved the players. I was welcomed with open arms from the get-go. The girls were all so polite. They all took time to shake my hand and introduce themselves. Once again, it felt like home. It felt like family.

On the night before it was time to make my decision, I commited to Alabama. 100%!

I loved campus. I loved the atmosphere. Most of all though, I loved the teammates. I was welcomed with open arms. The girls were all so polite. They all took time to shake my hand and introduce themselves. Once again, it felt like home. It felt like family.

After getting to Alabama, it was definitely an adjustment for me.

The talent at JUCO was really good, but the talent at this level was incredible. Literally every single person was an amazing player.

I was a little scared of transferring at first, because I didn’t want to be the only one learning this new system. Luckily, I initially bonded with transfers Taylor Clark and Sarah Cornell. We all kind of got to learn together. And with the help of our amazing teammates and coaches, we like to think we mastered the transition pretty well.

I can’t fully describe what it was about Alabama and this new family bond that made me want to explore my own family roots further. But well, it certainly did.

I took an ancestry-DNA test, in hopes of learning more about my background. I knew my mother, never met my father, but I wanted to learn more about who I was.

And the results were incredible.

I mentioned earlier that I’m a mixed race. Turns out I am about 50% eastern European, 30% from the Congo, and the rest comes from a tribe in Mexico. Amazing. Even crazier, it was great to see how many people I am connected to.

The test introduce me a ton of family members I didn’t know existed. Cousins, second cousins, it even turns out I have some siblings. Learning about this was a moment I’ll never forget.

Again, I love my family. They’re everything to me. However, it was nice to have some clarity about where I come from. 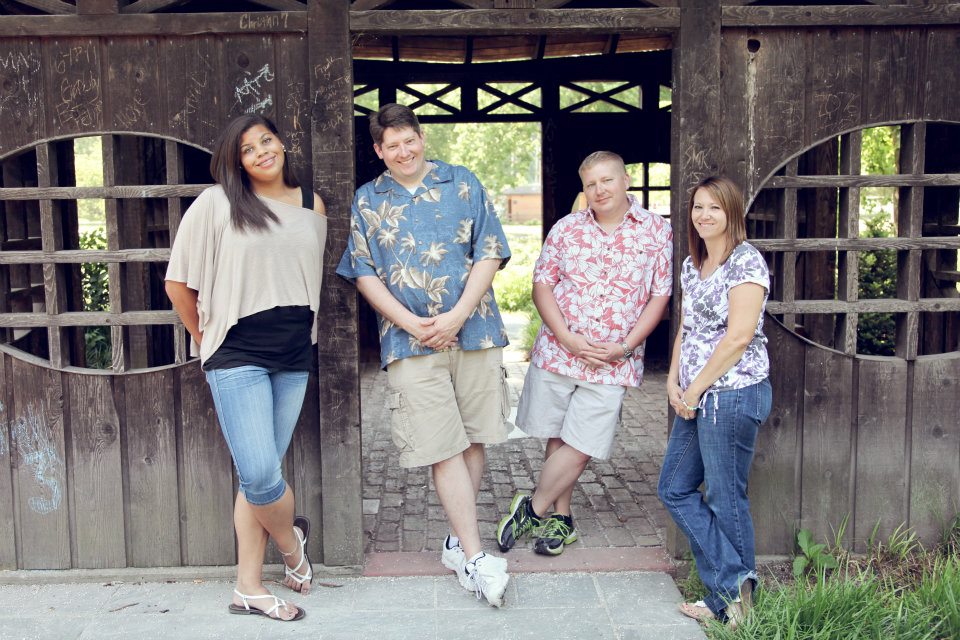 As weird as this may sound to some, having this clarity in my life helps me perform better on the field, too. It enables me to focus more on softball and my team. And I believe it showed right away.

I had a phenomenal first year at Alabama. We finished third in the College World Series.

This year, my final one, expectations are even higher. We’re not going to make the same mistakes. We learned from them. New people. New focus. The goal is to win a national championship.

As for me, I’m getting kind of sad that this could be it for my softball career. With one year left to play in college, I don’t know what the future holds. I would love to play professionally, if that opportunity came up, but I also have other goals.

I have been taking a lot of sports communication classes as of late. It’s really gotten me interested in becoming a Sports Information Director (SID) for a college. I think that’s the goal now. Graduate, then become a SID.

As I look back on everything right before the start of my senior year, family is how I got here. My family that raised me shaped me into the person I am. The family I don’t know keeps me always exploring. My softball families have made me the player and teammate I am today. You can’t get anywhere without family.

That’s why, family has to come first. Always! 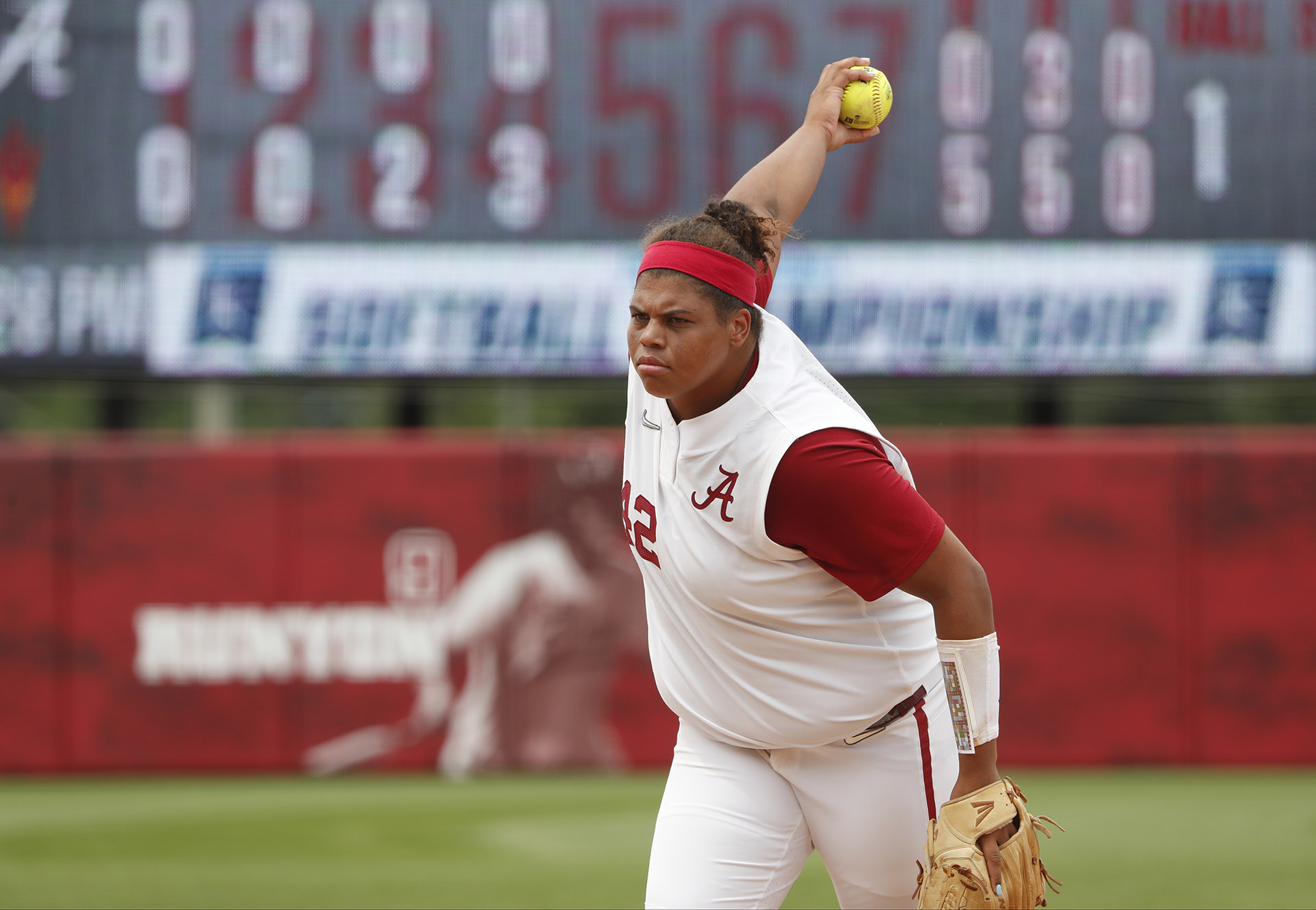