All athletes have dreams. I’m no different. I’d argue that most of us have fantasized about being the world’s best at one point or another. In my sport, soccer, you reach the pinnacle when you win the World Cup. And in 2018, I almost turned this dream into reality…

Playing Up a Level

I started playing soccer when I was about three years old. From the get-go, I was hooked. There was something about the sport that immediately captivated me. I was that type of girl you had to drag off the pitch to go home after practice. Sorry, mom & dad!

As I got older, my passion for the sport only grew stronger. And it reflected in my performance. I played well enough for my club team, FC Dallas, to attract the attention of Mexico’s U17 head coach.

I got the initial call from the coach when I was in eighth grade, so about 14 years old. It was surreal getting a call from the national team. I couldn’t really wrap my head around it at first. Still, I was obviously beyond excited.

Now, one thing was a bit concerning to me though. They invited me to the U17 camps, yet I was only 14, making me significantly younger than everyone else.

All I could do was have faith in my skills and show what I can do.

And as it turned out, I not only had a great time at camp, I played really well, too. Well enough to even start in the final game of camp. It was amazing!

After camp, the waiting game began. I knew that the U17 World Cup in Jordan was coming up soon. And sure, I performed well and maybe even deserved a spot. But at the end of the day, you never know. Besides, there were plenty of other great players.

So, all I could do was wait… and the wait would pay off.

I made it on the team! 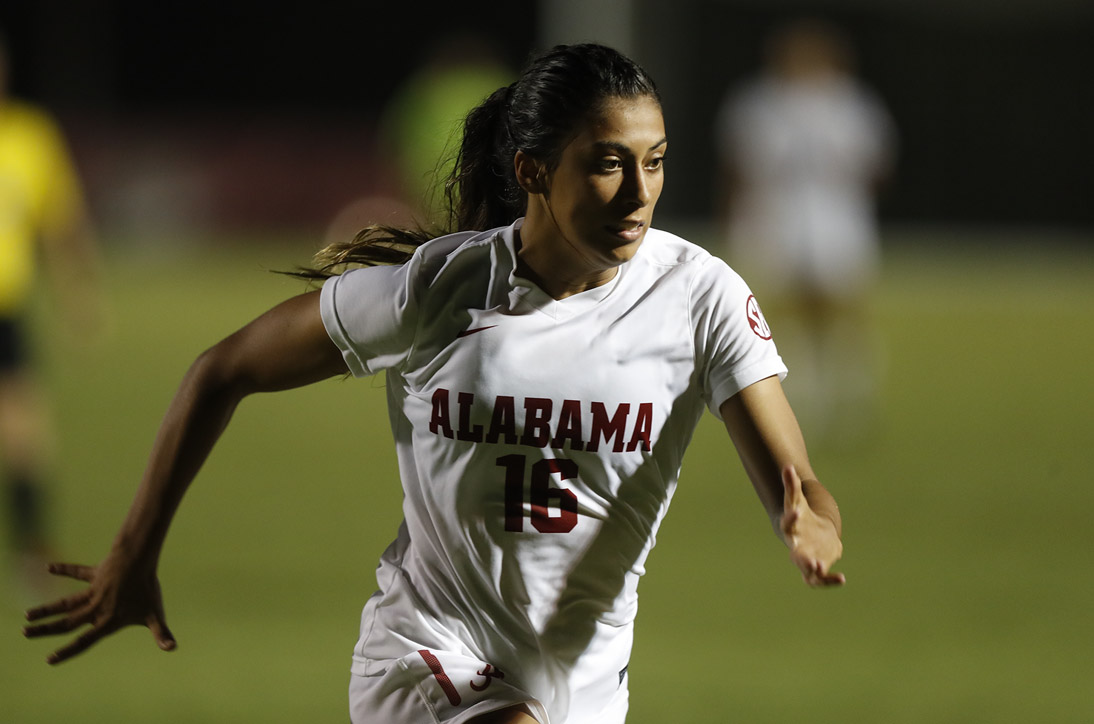 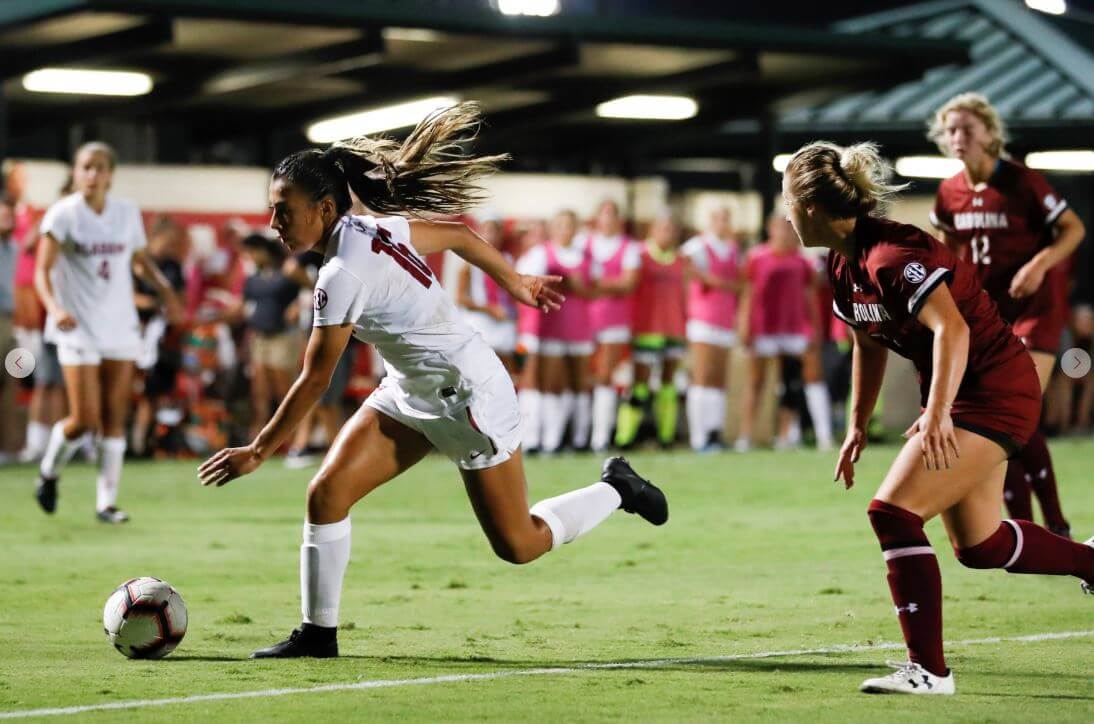 Getting to represent Mexico at the World Cup in 2016 was a dream come true. No question about it.

I remember having these photoshoots and interview sessions. It honestly felt like we were pros.

But that was just a plus. We arrived in Jordan with one big goal – we wanted to write history for Mexico.

Mexico had never been past the quarterfinal stage with any women’s soccer team and we wanted to be the ones to change that.

Despite not playing our best early on, we made it through group play, which set us up for a quarterfinal game against Venezuela.

Unfortunately, we fell victim to our nerves. We knew that just one more win would get us a place in Mexico’s record books, and I guess we just couldn’t handle the pressure.

We were down 2-0 at halftime and needed a strong comeback.

Coach put me in at halftime, and I still remember that half so well. It was some of the best soccer I’ve ever played. It’s like I had a fire lit inside of me. The buildup of the frustration and anger of not playing the entire game turned into a lot of motivation on the field.

We scored to cut the lead in half, and I nearly scored myself. But we still ended up losing, 2-1, meaning Mexico’s U17 World Cup journey came to a close, once again, after the quarterfinals.

The disappointment was hard to hide.

We arrived in Jordan with one big goal - we wanted to write history for Mexico. Mexico had never been past the quarterfinal stage with any women's soccer team and we wanted to be the ones to change that.

Once my emotions were back in balance, I put my eyes on the next World Cup in 2018. After all, I knew I’d get one more shot at it in my senior year of high school.

While I was one of the youngest players on the team in 2016, I was now one of the veterans with one World Cup under my belt.

The girls turned to me as the leader, I guess. They counted on me, and I trusted them. I think that really helped the team chemistry, although the results didn’t show it at first as we struggled in matches leading into the tournament.

But once we boarded the plane to Uruguay, the host of the 2018 World Cup, none of that mattered. All we were focusing on was to make it past that darn quarterfinal and secure our spot in Mexico’s history books.

We came slowly out of the gates as we began with a 0-0 draw against South Africa, a team we honestly should’ve beat by five goals.

After that, we held a team meeting that really re-focused us. We beat Brazil 1-0, scoring off an assist of mine, and played Japan to a 1-1 draw, good enough to get us to the next round. It wasn’t a pretty group play performance, but hey, we made it to the quarterfinals once again.

The only problem, I wouldn’t be able to play. 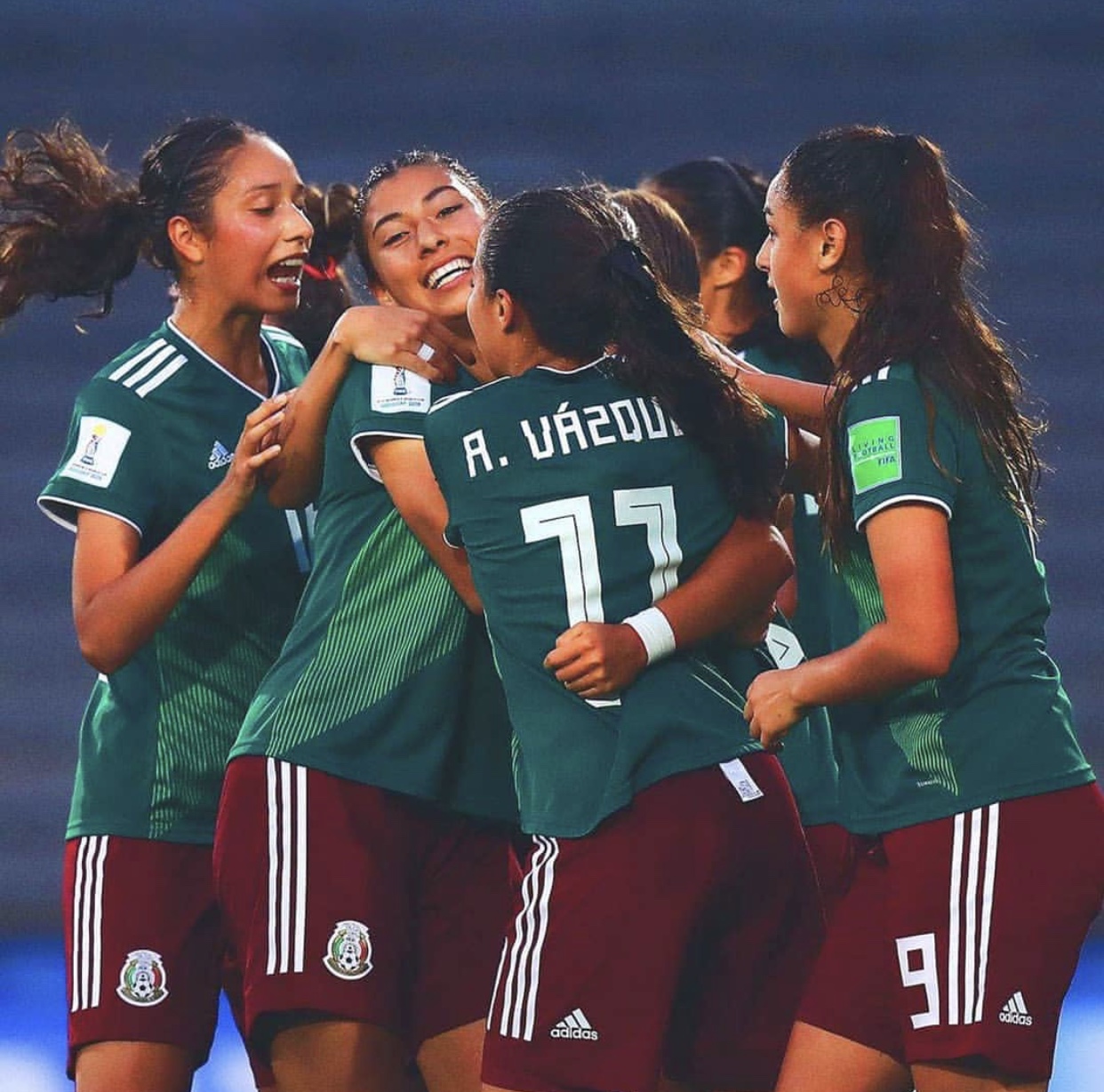 Cheering From The Sidelines

In that match against Japan, I picked up a yellow card. Unfortunately, it was my second of the tournament, which meant I wasn’t allowed to play in the quarterfinal round. I was heartbroken. I had worked so hard for this and now I wouldn’t be able to be on the field.

Regardless, I’d have to sit in the stands and nervously watch as my teammates tried to do what we couldn’t do two years ago – write history.

The work was really cut out for them, too. We faced Ghana in this quarterfinal, a team that is very strong and fast. They played a contrary style to what we wanted to play, so it was going to be a very difficult match for us.

I would describe the game as “hectic.” It was a constant up-and-down with Ghana leading 2-1. Then, late in the match, our captain made an unbelievable freekick goal to even it at 2-2.

I was going crazy! My nerves were killing me.

But you know what made it all worth it? We eventually won the game in a penalty shootout. The most thrilling finish for any soccer enthusiast.

The scene on the field was ecstatic. We were running around, hugging each other, and jumping all over the place. We had done it!

For the first time in Mexico’s women’s soccer history, we reached the semifinals.

Our victory set us up for a semifinal match against Canada. Being a right back, I take great pride in the way our defense played that game. We won 1-0 to advance to our first-ever World Cup Final.

So, let’s pause here for a second. Can you picture what this meant for my teammates and me? We had an opportunity to win the World Cup… to take home a gold medal… to call ourselves world champions. Or, to quote what I said at the beginning of my story, to reach “the pinnacle” of my sport.

If you’ve ever been passionate about something, I’m sure you can relate. I’m telling you, falling asleep the night before the game was one of the hardest things I’ve ever done.

The World Cup Final pitted us against Spain.

Looking back, it was the first 15 minutes that came back to bite us. We were so nervous and on edge, and Spain took advantage. They scored twice in that time and never looked back.

After that second goal, we finally woke up. I think we dominated the game after that, but weren’t able to recover. We fell 2-1 in the Final.

To this day, I reflect on those first 15 minutes, wishing we could have them back. But at the same time, I got to go home with a silver medal. And that ain’t so bad either.

The experiences and lessons taught me more than I could’ve ever asked for. 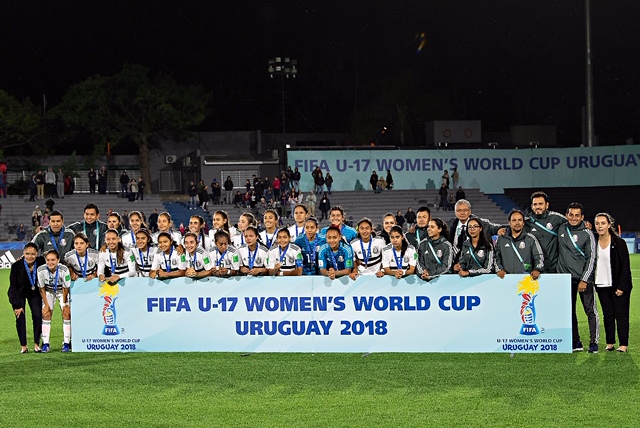 To this day, I reflect on those first 15 minutes, wishing we could have them back. But at the same time, I got to go home with a silver medal. And that ain't so bad either.

Receiving that medal is honestly one of the greatest achievements in my life. I’m beyond proud but at the same time, I want to add a gold medal to the collection when I hopefully get to play for the U20 team.

The World Cup experiences also led me here to Alabama. Because of all the time I dedicated to the national team, I got a late start to picking a college. Thankfully, Alabama wanted me and remained persistent throughout the recruiting process, and I am so glad they did.

I feel at home here at Alabama, you know? The coaches especially make me love it here so much. I even look to Coach Hart like a father figure.

As a freshman, I’m thrilled to have access to arguably the best player development resources anyone could ask for. I have no doubt that my four years here in Tuscaloosa will allow me to reach the next level.

I definitely want soccer to remain a constant in my life post-graduation as well. I just can’t picture a future without it.

The road to the pros is difficult, I know. I’ve already had my fair share of bumps and bruises in my early career days.

But I guess that’s the price you have to pay. Especially if you want to write history.