Good Things Come To Those Who Wait

Things don’t always work out the way you expect them to. You may have your plans set, but then, life happens.

Whether it was moving, changing sports, or switching schools, my journey has always gotten off on different exits than planned.

But don’t get me wrong. I’m not implying that I’m unhappy with where life’s path took me. Quite the opposite, frankly.

Arguably the biggest lesson I’ve learned from all of this is to always stay persistent. No matter what curveball is thrown my way, I need to stay positive and not give up.

Thanks to that philosophy, I wound up here at Alabama and get to finally play for the Crimson Tide.

Of course, I never would’ve ended up here, if it weren’t for life’s first shake-up. 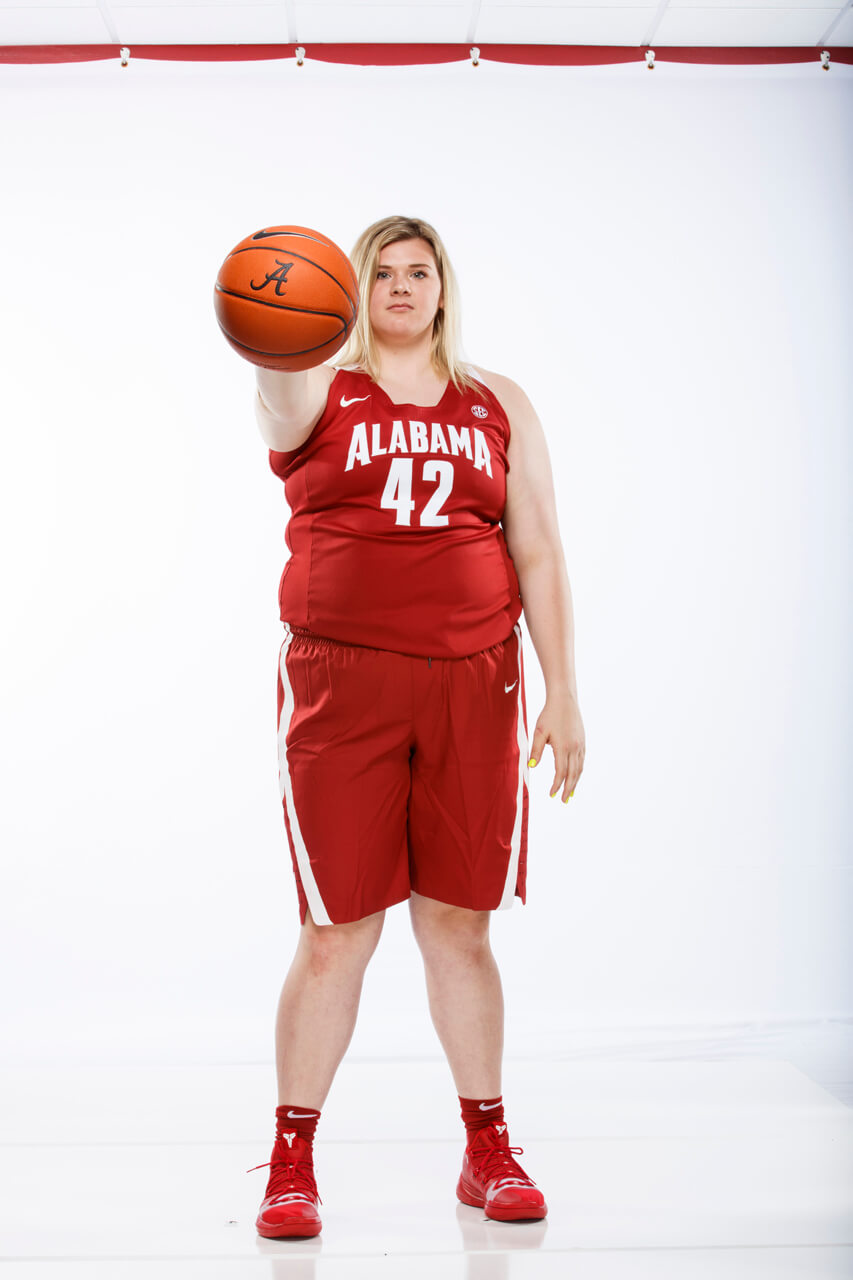 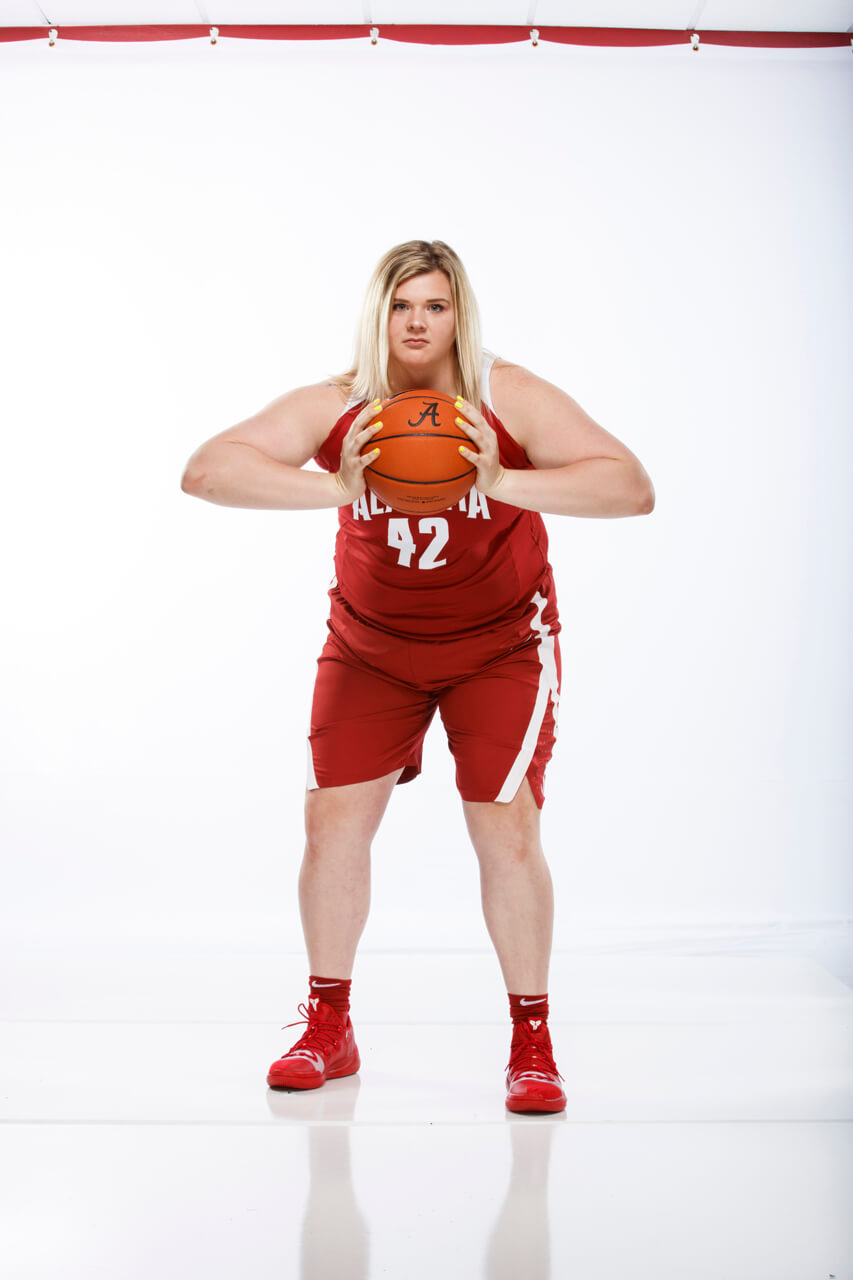 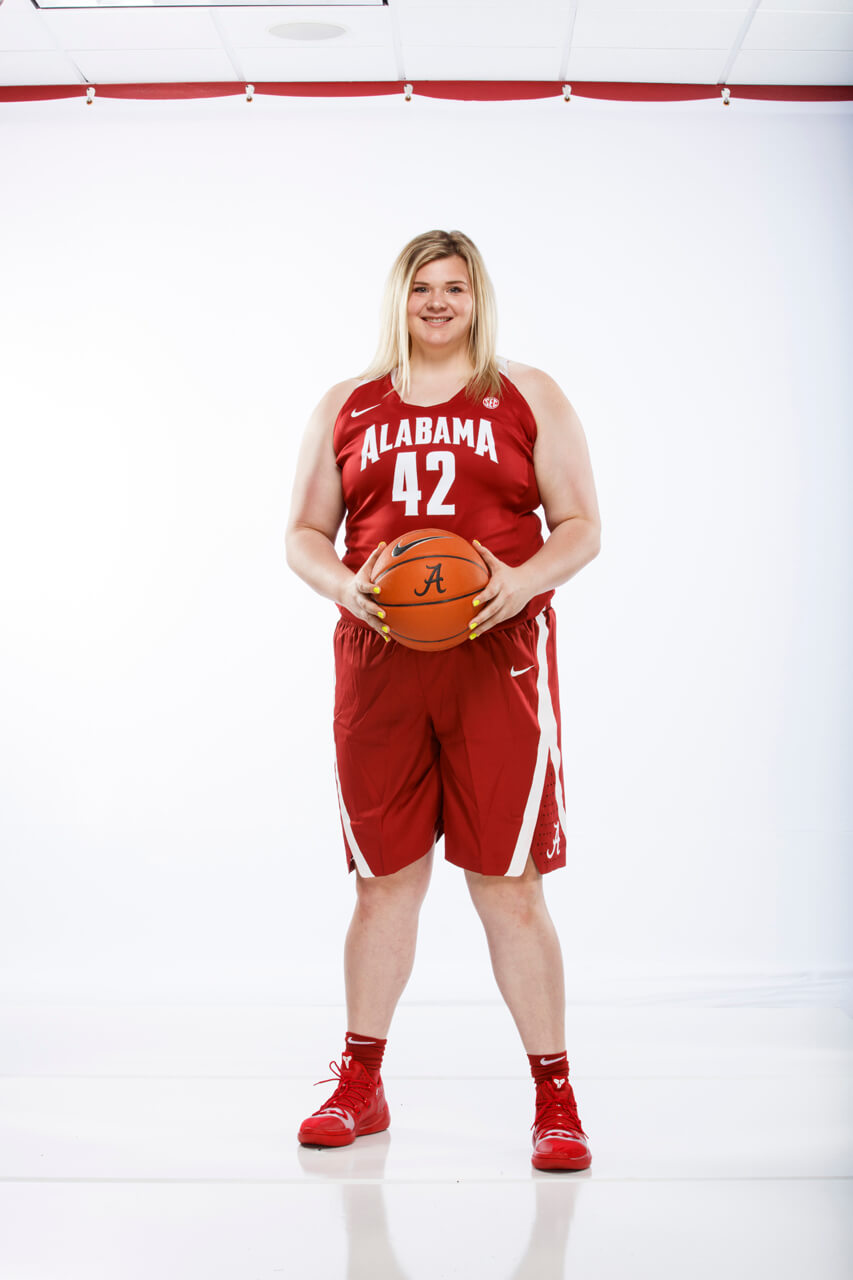 A Change of Scenery

When I was really young, my family moved from Mississippi to Tennessee. Little did I know that it would be a really important move for me.

When I was in second grade, a friend of my mom’s was surprised when she found out I was a soccer player. And not a basketball player. She felt like I wasn’t really utilizing my five-foot frame to its full potential.

“Wow! How tall are you?” she asked. “You need to be playing basketball.”

I took her advice and gave basketball a try. And that’s how my soccer career ended, I guess.

Basketball was my new thing.

It consumed my life. Everything for me was now about basketball. Whenever I could play, I’d play. Through practice, I got to be a pretty decent player. Everything seemed to be rolling my way.

At least until the next turn came.

And to this day, it was the hardest one I’ve ever faced. 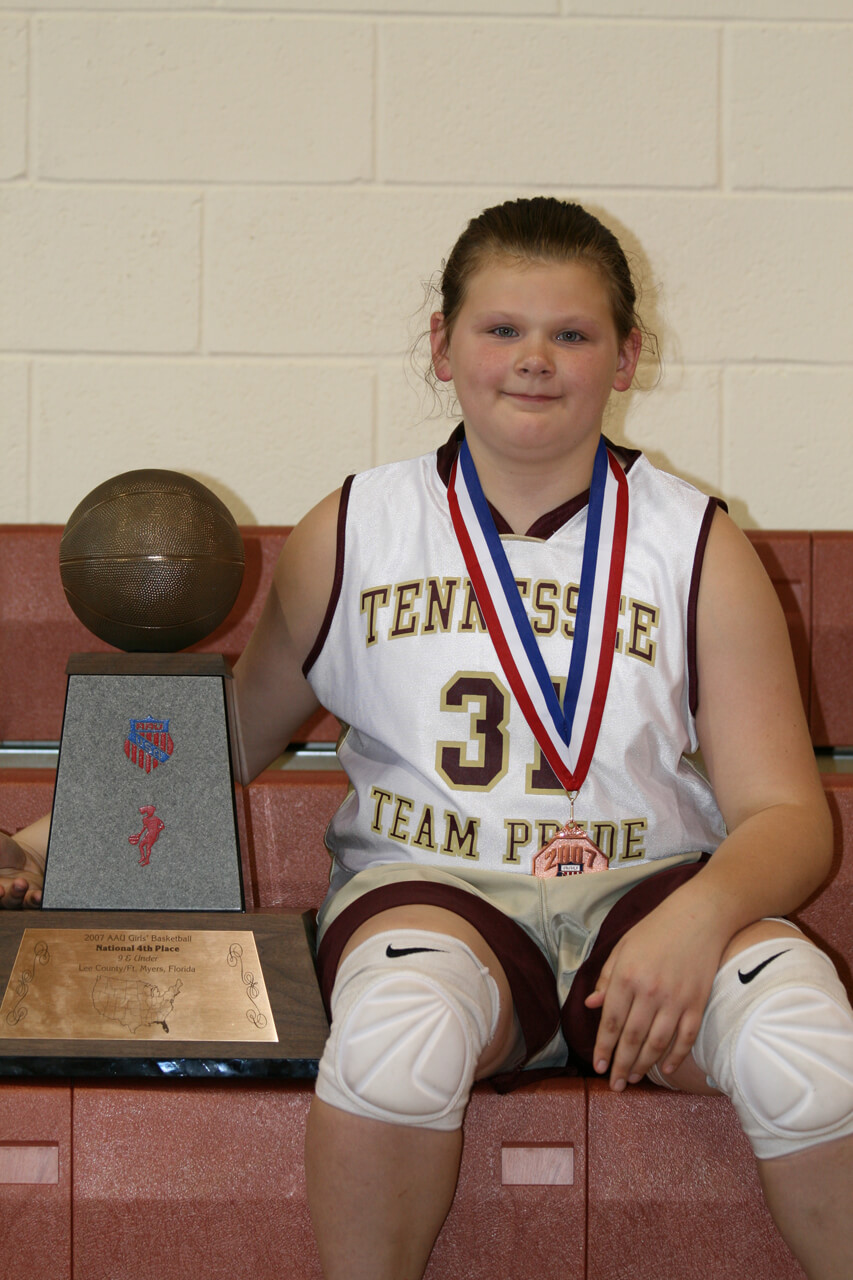 A Change of Perspective

My uncle passed away when I was 13. He was my inspiration in sports. We were so incredibly close.

My parents didn’t really play any sports. But, my uncle did.

When I played basketball, I thought of him.

And when he passed away, I just had to stop. I couldn’t play anymore.

For some people, playing sports is a way to take their minds off of a tragedy like that. But in my world, it forced the complete opposite. Playing basketball made me think of him. It was just too much to handle.

So, I decided to stop playing basketball at that point.

For about a solid six months, there was no basketball, no competition, no practice.

But after this time, I ran into a family friend who asked me one life-altering question.

“Shelby, do you want to go to college?”

“How do you plan on getting there?”

And after a little pause, it hit me. “Basketball, of course!”

Basketball was my key to college. And this moment made me realize that.

So, it was time to get back on the court.

And then, while touring another school, in a different city, different state, I saw a billboard that just so happened to be for Alabama Athletics. It was so crazy! I saw that as my literal sign that Alabama was where I was meant to be. It was time for me to fulfill a long-time dream. It was time to be part of the Crimson Tide.

A Change of Plans

When I got back into basketball, I had my eyes set on being a college athlete. One school, in particular, was constantly on my mind – Alabama!

Alabama has been a part of me from a young age. My grandma is from Alabama and my dad has been a huge fan of the Crimson Tide. So, the spark to play for them has always been there.

Thanks to my high school coach, I became a pretty decent basketball player, even an SEC-caliber player.

But when my sophomore year hit and I began to receive first offers, an offer from Alabama was not on the table.

I ended up committing early to Ole Miss. My family had close ties to the school and being from Mississippi originally, I loved the close proximity to home as well.

So, here I was. Ready for my next chapter in life.

A Change of Heart

Playing for Mississippi was a cool experience, but after two years, it just didn’t feel right anymore. It’s hard to pinpoint what it was. Nothing was wrong with Ole Miss. The coaches were amazing, my teammates were awesome, and the school was great. Nonetheless, something was off.

I think the biggest problem was, it all felt too familiar.

Initially, that familiarity is what drove me to Ole Miss, but after a while, I realized that being too comfortable wasn’t for me. I had to go out and experience things for myself. I needed something… new!

So, I did the only reasonable thing and asked for a release.

The search was on again. Lots of things have changed in these two years, but one thing hasn’t – Alabama was still my dream school!

One day, I got a call from my high school coach. She told me that Coach Curry, Alabama’s coach, was interested in meeting me.

I took a visit to Alabama, but also a few other schools as I wanted to explore what’s all out there.

And then, while touring another school, in a different city, a different state, I saw a billboard that just so happened to be for Alabama Athletics. It was so crazy!

I saw that as my literal sign that Alabama was where I was meant to be. It was time for me to fulfill a life-long dream.

Time to become a part of the Crimson Tide. 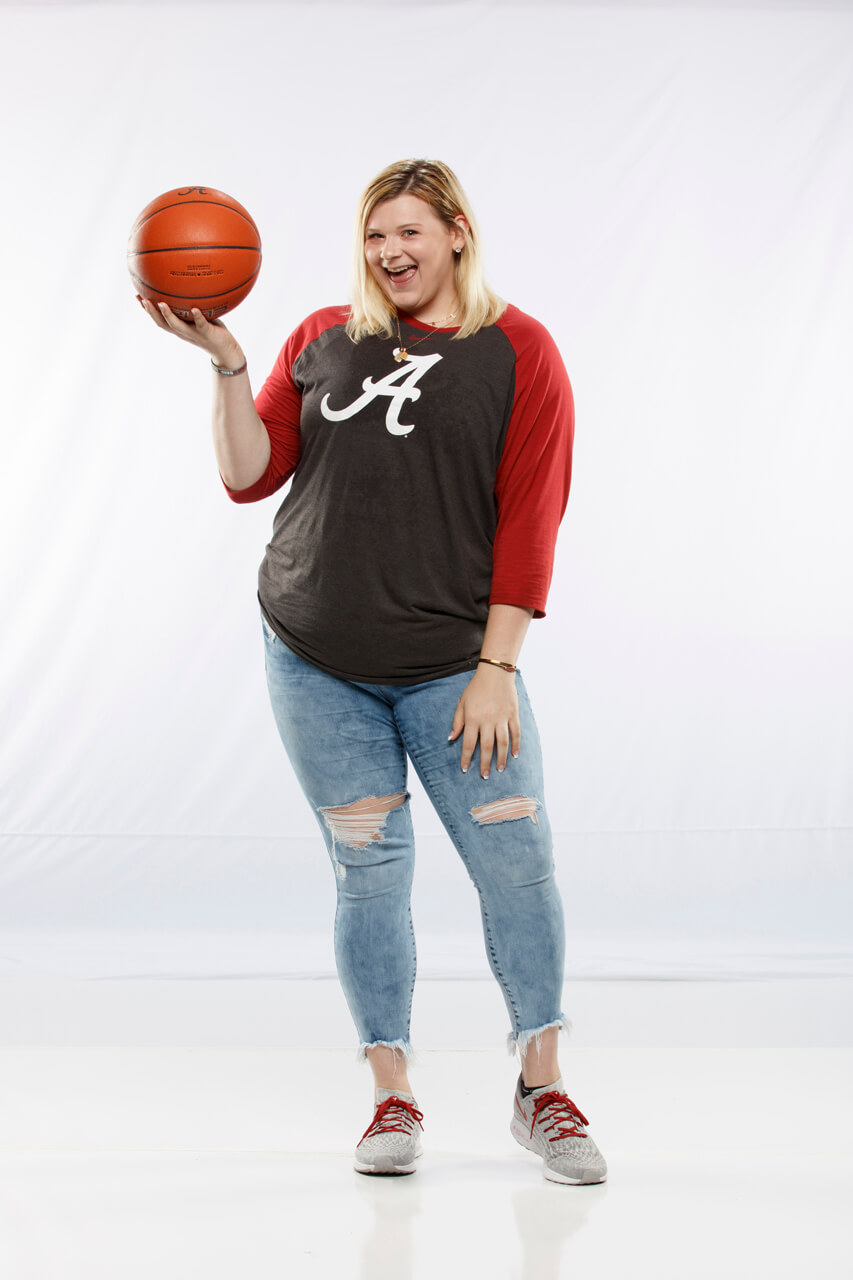 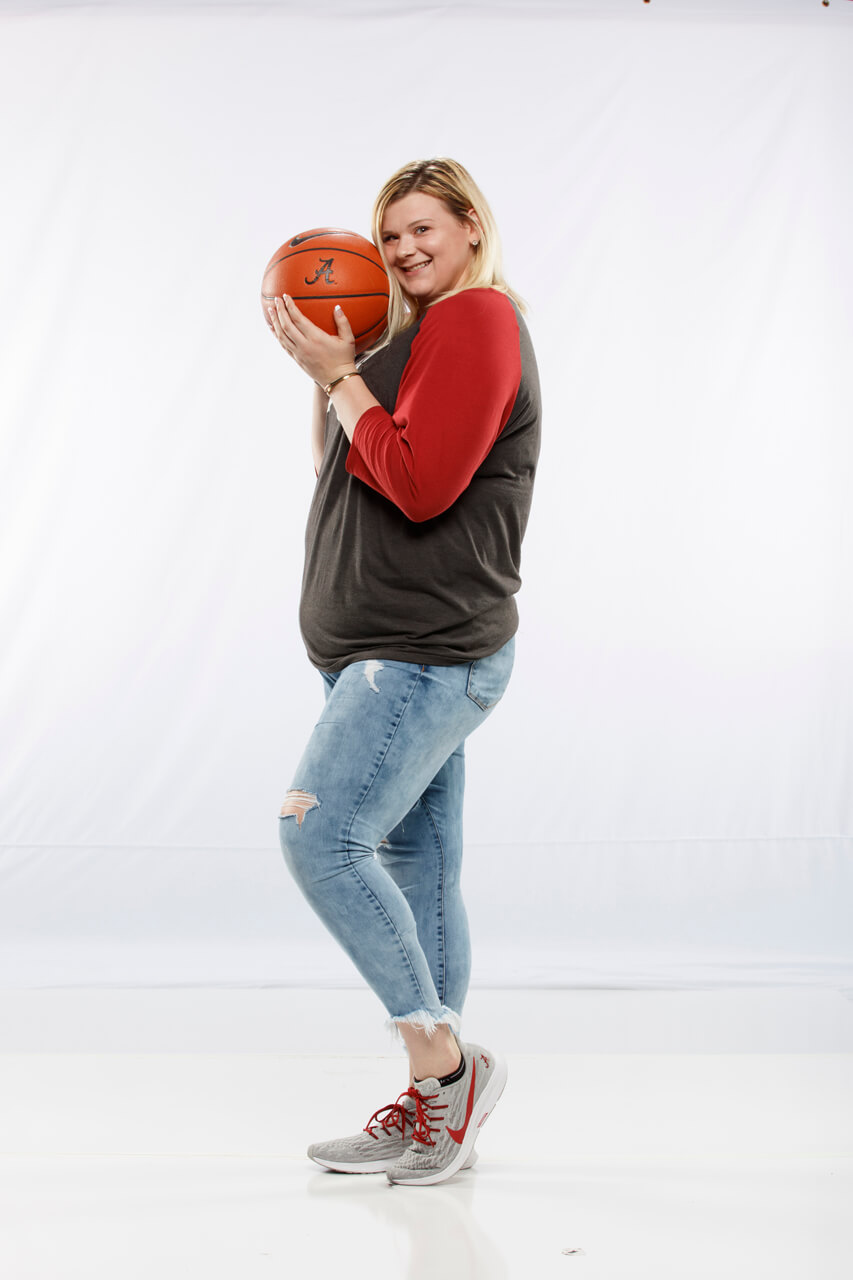 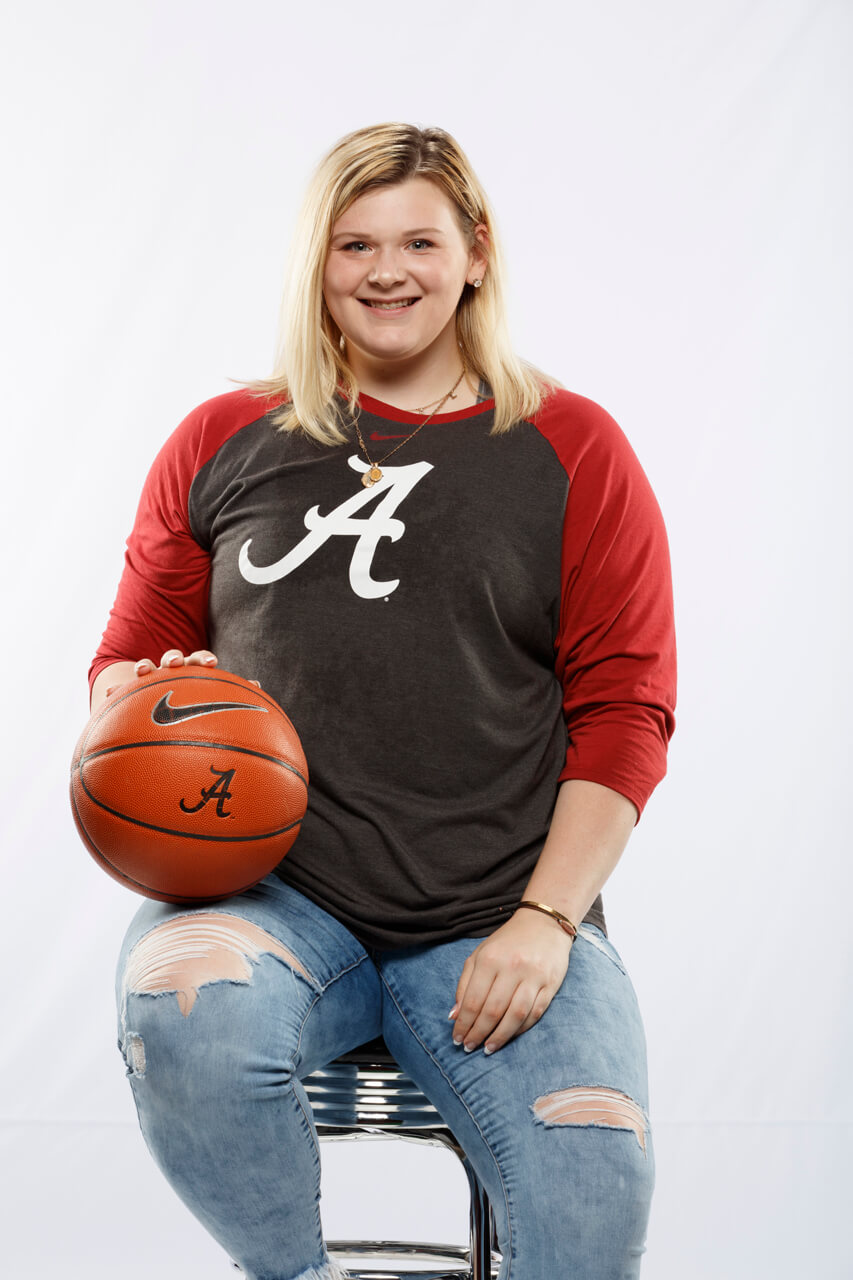 A Change of Focus

As soon as I got to Alabama, I was ready to play. Everything about campus and the team had me roaring to get started.

However, that start would have to be postponed. Being a transfer, I had to sit out my entire first season.

Now, some people may see this as a total loss. Not getting to play was really crushing, but I had two choices here. I could either stay disappointed or accept my role for the year and make the most of it.

I opted for option two.

So, I decided to become the ultimate team player.

I’d take on different playing roles in practices, for example, to help my teammates prepare for who they’d play next. If teammates had a question, I had an answer. If a teammate needed encouragement, I was there to lift them up. Whatever I could possibly do, I was committed to doing.

Through that, I developed a great relationship with my teammates.

As part of my duties, I started some sort of a journal during games.

For example, if I noticed a player on the other team that struggled against lefties, I made a note to work on my left-hand. If I saw a team that really pounded it into the paint, I’d make a note to get better on defense. Those notes helped me stay mentally engaged throughout the course of the season.

I still have those notes and I’ve been using them to prepare for this upcoming season.

Speaking of, with the season just around the corner, I’ve never been more ready to take the floor. With that in mind, I’ve set some pretty big goals for the future. 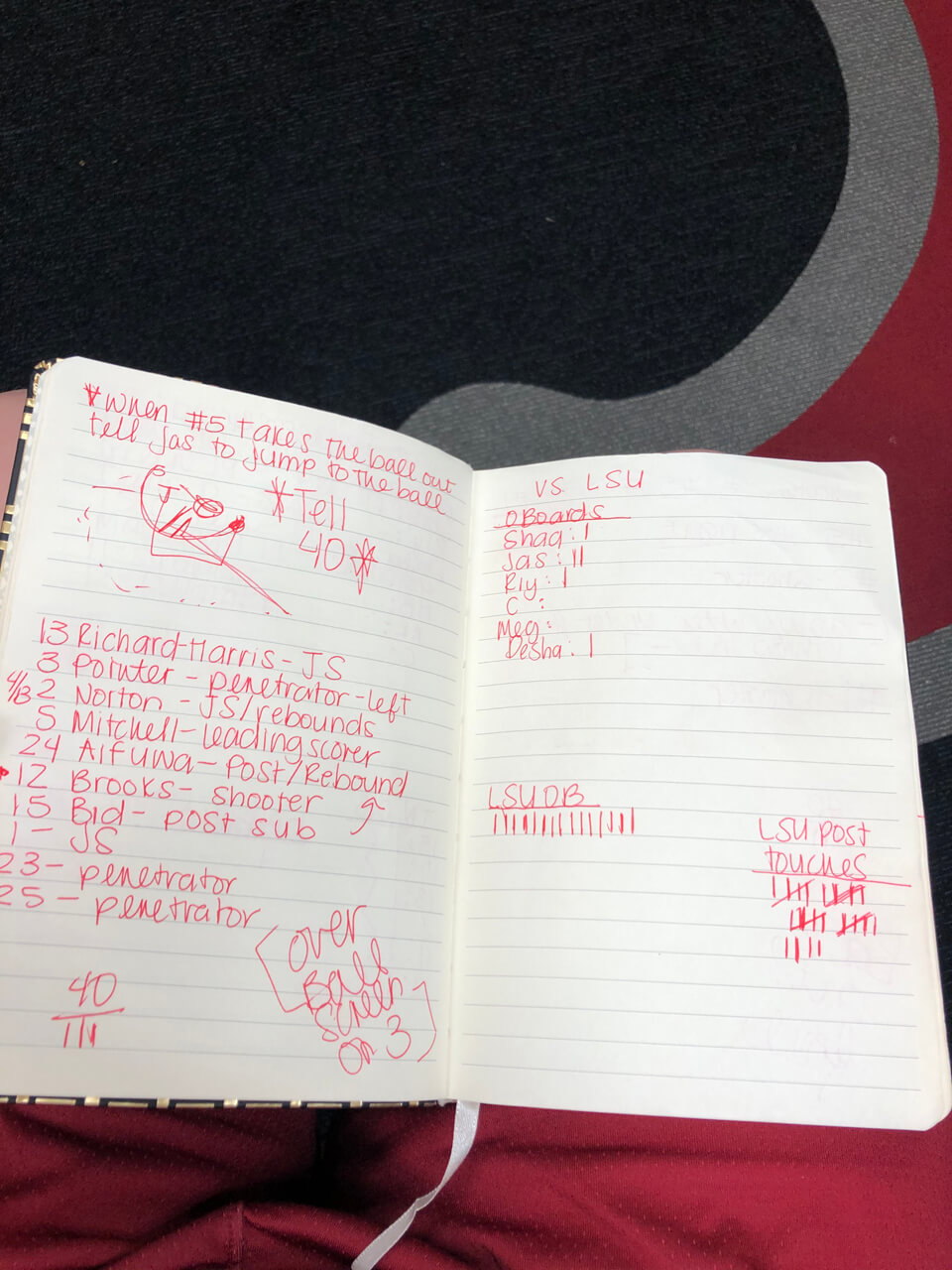 A Future of Change

Most importantly though, I’m ready to take on any role. Seriously, any role.

I know that sounds weird, but I feel like this is who I’m meant to be. I want to do whatever I can to help my team win.

As far as the team is concerned, we know we can be special this year. The SEC is really anyone’s to take, and we feel like we can win a lot of games and hopefully make the tournament.

So, to wrap this all up, I’ve come to accept that life is full of changes. Most of the time, unexpected changes.

And I’m pretty certain that my future will be filled with plenty of these unforeseen changes as well.

Changes that will impact my time here at Alabama, as well as my professional goals of becoming an Athletic Director for a Power 5 school one day.

But here is the catch I’d like to leave you with.

Changes are okay… they are inevitable. At the end of the day, you just have to ask yourself how you’re going to deal with them.

And in my case, I found the best way to cope with them is to embrace them.