A Change In Scenery

When I first got to Alabama, I was in awe of how beautiful it was here.

The peace and tranquility. People were smiling and being friendly. It was your typical southern hospitality. It just felt soothing and calm.

But it also felt so different to me.

Alabama was the exact opposite of my upbringing.

Growing up as a minority in the inner city of Houston, life wasn’t always easy.

There were so many constant struggles.

At the time, though, it all seemed normal to me.

I think it was track that really helped me see just how dysfunctional it all was. And running was what helped me get through it all. It was ultimately what lead me to find a new life in Alabama.

I’m so blessed with where I’m at now. It’s just crazy for me to look back on where I was and how far I’ve come to be here. 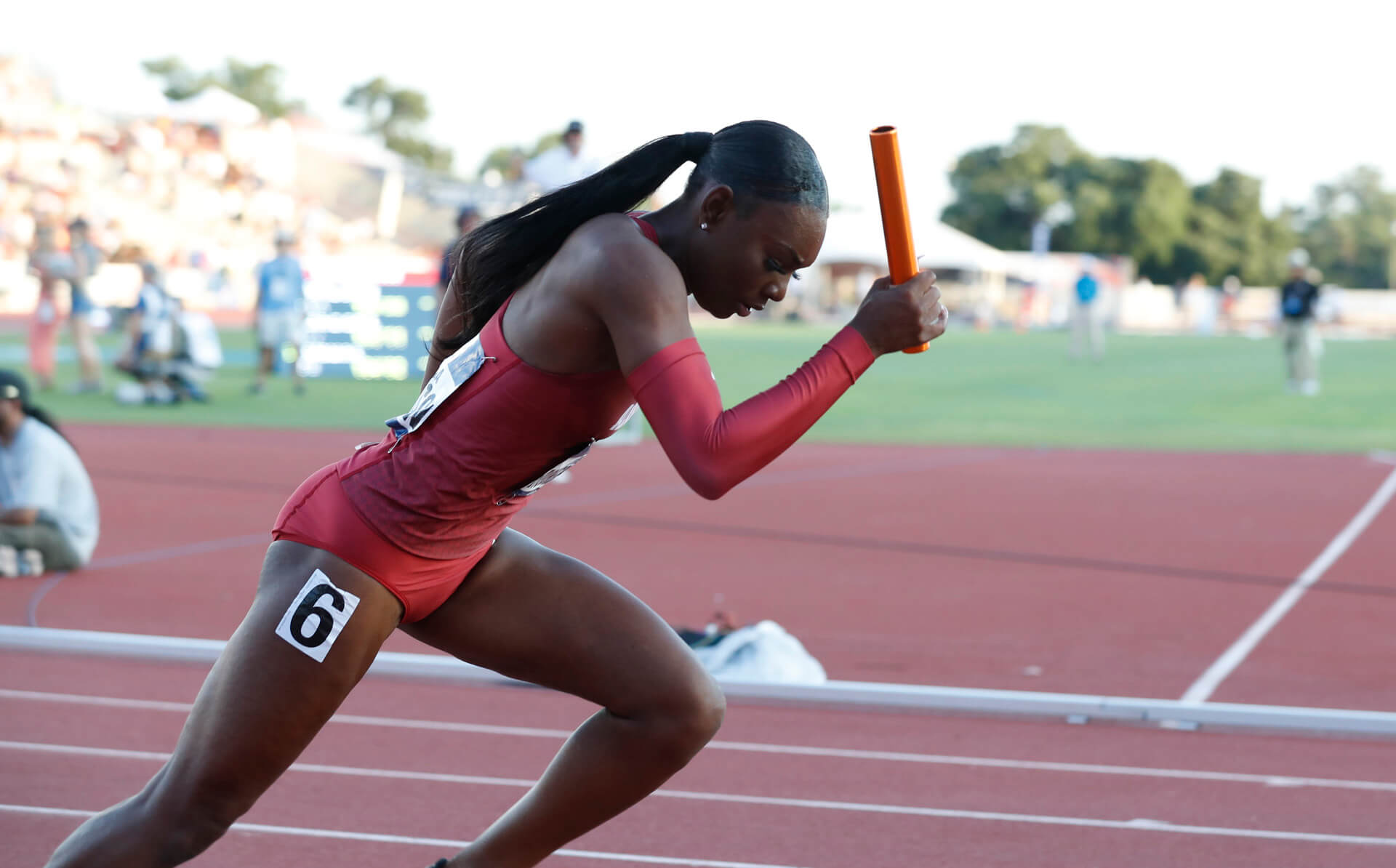 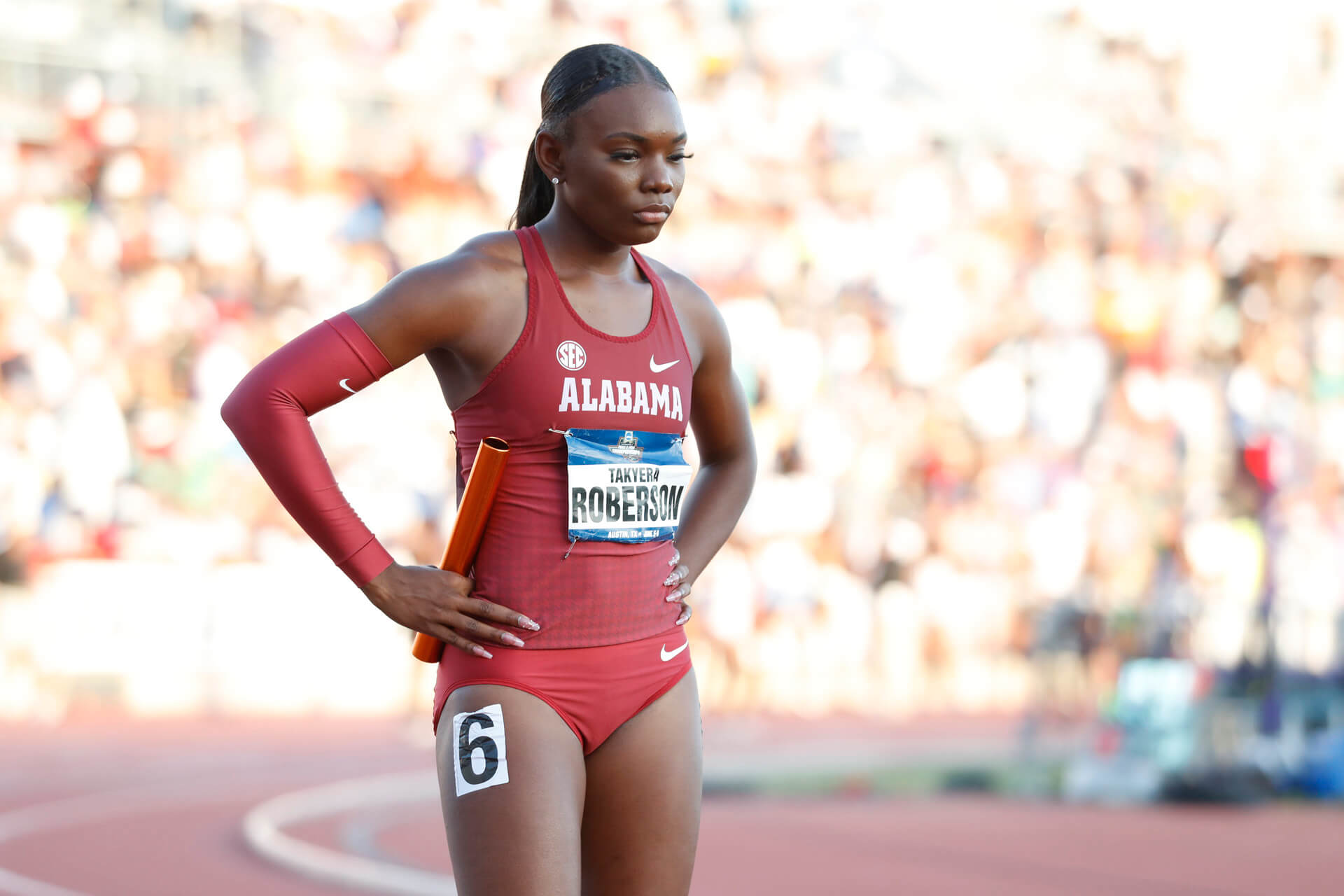 We moved from Detroit to Houston when I was about seven or eight years old.

Even for a little kid, it was like starting from ground zero. I knew nobody outside my family. Houston was utterly foreign to me. It was a lot to take in, especially because home wasn’t always the best either.

Things were tough in my family. I was one of seven kids. There was a lot of stuff I had to learn how to navigate at a young age.

It was all just a hard, tricky situation. Things were complicated.

But, luckily, I was introduced to running as a sport, which helped to distract me from everyday life.

It was my mom who convinced me to give the sport a shot. My older sister was already running, and she was enjoying it.

Right away, it was clear. I had a knack for speed!

I’d run relay races with kids at the Boys and Girls Club. They always had me run last, just like an anchor, because they knew I was fast enough to make up time.

It was so fantastic to have everyone cheering for me.

Plus, it was always fun to win.

The competitions truly gave me something new to look forward to.

It wasn’t until someone took me under their wing though that I realized I had potential outside of just winning races after school.

He saw something in me that I never saw. We used to get into arguments all the time about my effort or me not taking track seriously. I didn't know just how good I could be, but Coach Lewis did. He pushed me always to be better than I was, making me a stronger athlete and a fierce competitor.

Coach Mario Lewis is the reason I made it to Alabama.

Gosh, I love that man.

I remember the first race I ever ran – he was my coach. He put me in the 400-meter run. I didn’t know the first thing about track or pacing, so when I started, I just went for it.

The start of that race was fantastic! Like I had a really great start.

At the 300-meter mark, I was ahead of everyone by a good 20 meters. I remember the PA guy even calling my name, “…and leading in lane six is Takyera Roberson!”

It was such a thrilling feeling! But then, there was the brick wall.

It hit me harder than I had ever felt before. The last 100 meters were the exact opposite of the first 300 meters.

I ended up walking across the finish line, dead last. And then I collapsed.

My sister and Coach Lewis met me at the end.

I may have gotten last, but they both saw something in me that day. They knew I was a competitor. And, Coach Lewis wanted to channel that.

He saw something in me that I never saw. We used to get into arguments all the time about my effort or me not taking track seriously.

I didn’t know just how good I could be, but Coach Lewis did. He always pushed me to be better than I was, making me a stronger athlete and a fierce competitor.

During the summers in high school, he’d take my sister and me to competitions and meets.

Those summers were just special. They made me feel like there was a life outside of what I was doing in Houston.

But, most importantly, it made me feel free.

Thanks to Coach Lewis, I became a viable recruit for college. And, he was dead set on getting me signed. I had looks from all over. LSU. Florida State. Houston. Texas Tech.

I wasn’t even sure how to sort through all the offers to find the best option for me.

Coach Lewis helped me through this process, and I was able to make one of the most important decisions of my life. And I honestly couldn’t be happier with the choice I made. 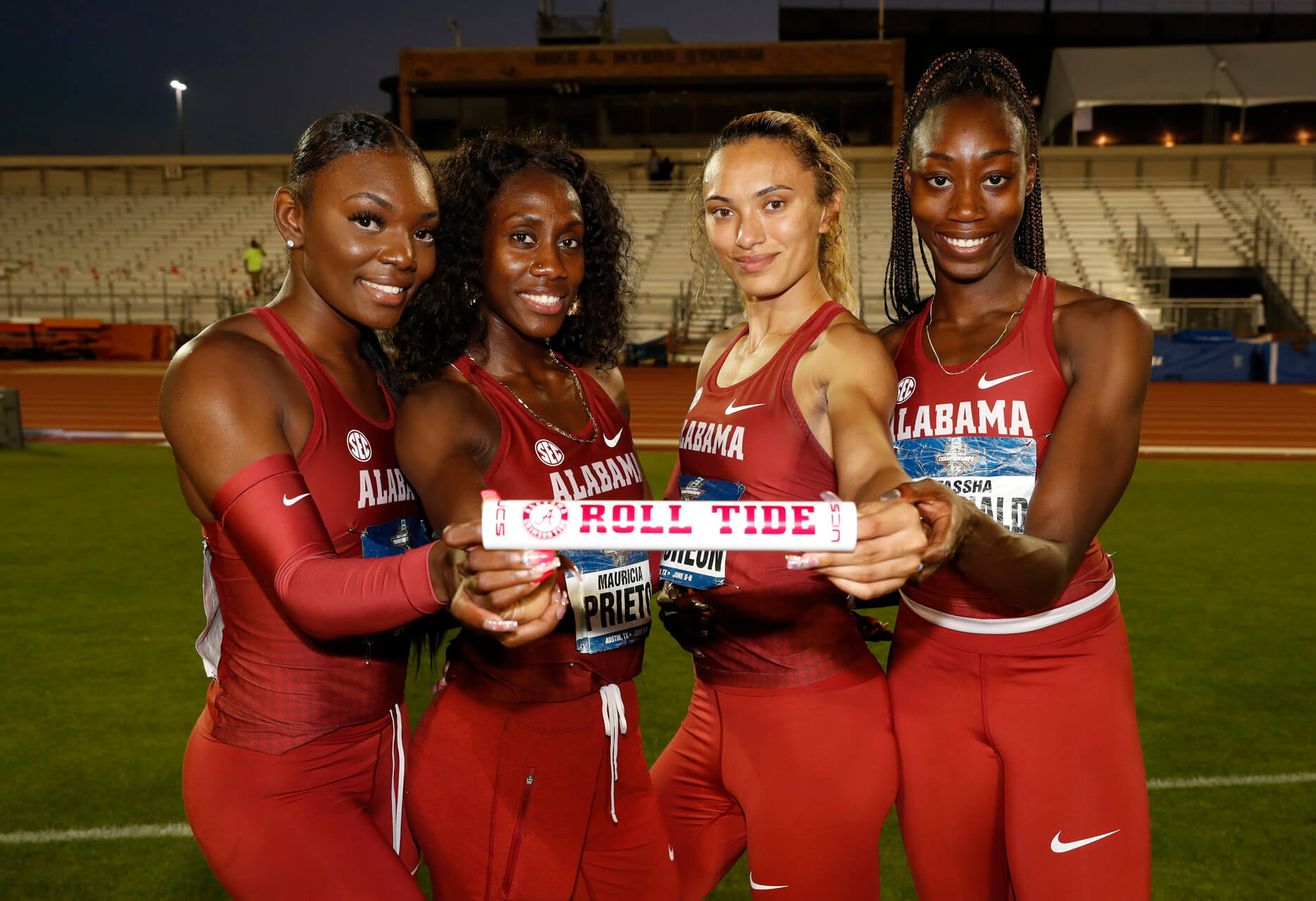 As I mentioned, Alabama was like a foreign place to me. It was the opposite of what I was familiar with. It was all so peaceful.

I knew I should love this calm environment, but it was a hard adjustment for me. The inviting smiles and friendly people just weren’t what I was used to. In all honesty, I became a little self-conscious. I was afraid of acting like myself or talking with my accent.

That went on in my head for about the first year, but then something clicked.

These people weren’t judging me. They were being genuine and just wanted to get to know me. I was caught off guard at first, but once I connected the dots, I became a lot more comfortable, and Alabama began to feel like a new home.

Honestly, I’m so happy God brought me here. I think this place has helped me build better relationships with my family, my teammates, and different types of people in general.

This new culture at Alabama has helped me put forward a new vision for the path ahead of me.

I’d love to be a professional track athlete. But, if that’s not in the plans, I trust God will put me in the best possible situation.

He has up until now, so I’m confident he will continue to do so in the future as well.

I guess this whole journey has taught me that people are people and are going to behave the way that they are. There are so many different backgrounds and cultures that you never truly know someone’s story.

I think you just got to give people the benefit of the doubt, and be respectful towards who they are and want to be.

And thank you, Alabama, for being respectful and understanding towards me.