More Than A Gymnast

Life throws all sorts of difficult questions at you. And as you grow up, these questions become more and more challenging.

One set of questions in particular that caused me some headaches revolved around my identity. What do I want to be remembered for? What defines me?

These aren’t easy questions to ask or straightforward ones to answer. But they’re valuable to have in the back of your head as you move through life.

There may have been times where I thought my sport and my athletic ability defined me. If I didn’t have gymnastics, who was I?

However, over time I’ve found out what matters, and I’ve had to go through some tough times to learn that.

Undeniably, gymnastics is a huge part of my life, but I’m so much more than that. 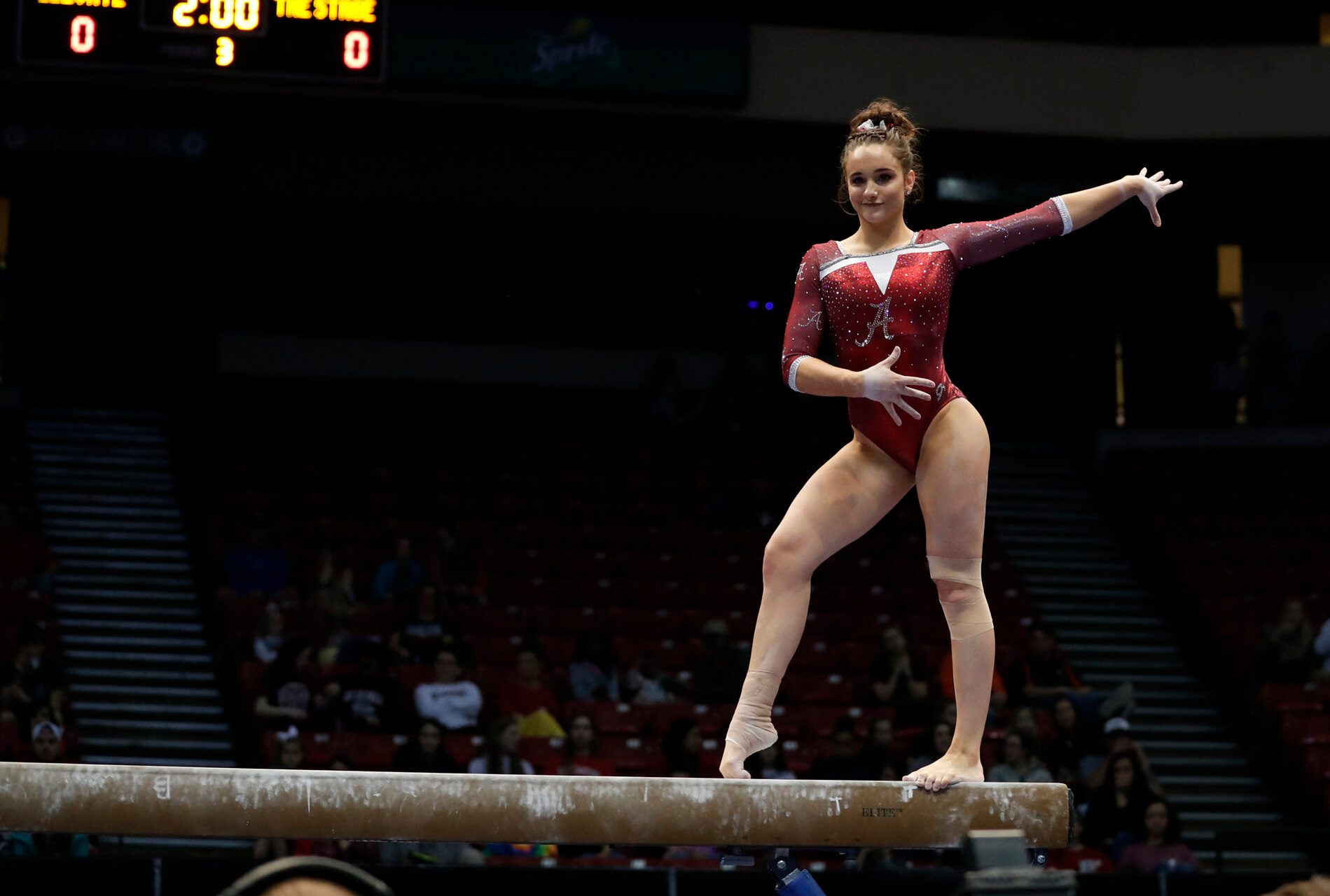 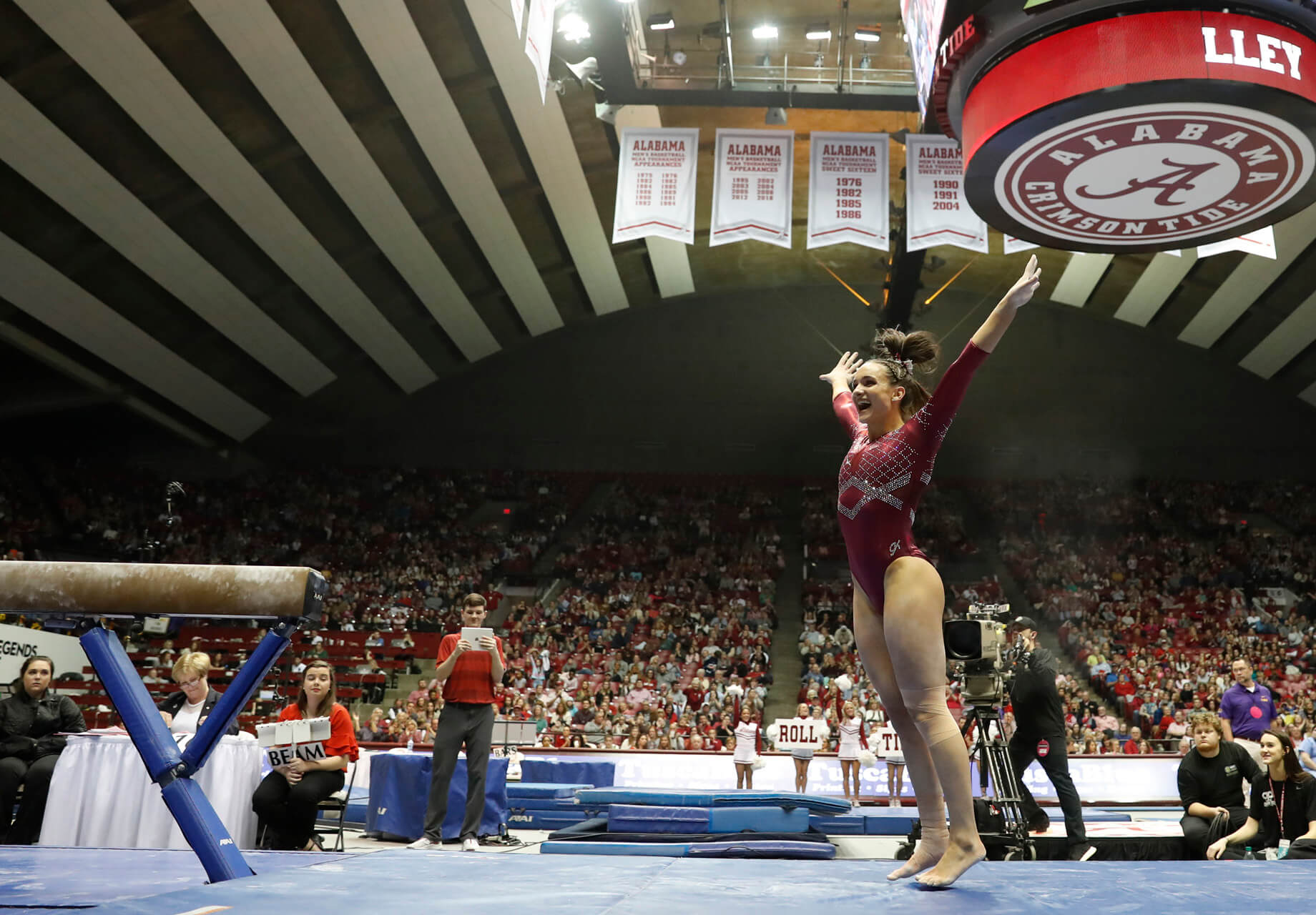 Everything happens early for you in gymnastics. I got introduced to the sport at the age of three, and in sixth grade, my recruiting process started. It’s definitely different compared to other sports, but that’s how it works in our world.

When recruiters showed up to a meet when I was in sixth grade, I had no clue what was going on. I remember seeing Coach Duckworth, wearing an Alabama t-shirt and chatting with my coaches.

As my parents taught me good manners, I headed over to introduce myself.

But as I’m sure you know, I wasn’t allowed to.

I learned a lot of things during this time and was intrigued to look into this recruiting process further.

Despite not even being a teenager yet, I knew that I was looking for a school that cared about me as an individual, not just my gymnastics skills.

I wanted them to recruit Wynter Childers.

And I appreciated that.

The unsung heroes in the world of athletics are athletic trainers. The amount of work they go through to make sure athletes are feeling 100% is so undervalued. My athletic trainer, Monica Kirkpatrick, has been more helpful and influential than I can put into words.

Don’t get me wrong. Gymnastics was still a huge passion of mine.

There was a fire within me that I was so ready to set ablaze as soon as I got wear that Alabama uniform.

But one setback, in particular, would make this a lot harder than anticipated.

During my senior year of high school, I tore my ACL and required surgery. It sucked. I had never really been injured before.

Throughout all the rehab, the waiting, and the frustration, I just wanted to be back on the mat. That competitive fire was boiling within me.

Maybe that’s why I rushed coming back.

And spoiler alert, part of me wishes I hadn’t.

I ended up competing my entire freshman year at Alabama.

And competing felt good. But soon after, reality caught up with me.

The strain on my knee just kept getting worse. And eventually, my meniscus paid the toll.

Another surgery was needed.

The same feelings raged within me.

I eventually found my way back on the mat, but not for long.

I was once again forced to watch my teammates from the sidelines shortly as I hurt my meniscus again.

At this point, frustration turned into a bit of despair. Everything I had primarily worked for in my life was slipping through my fingers. And time was running out.

But over the year, the thought process of “why me?” became a bit old and tiring. I didn’t want to be a victim.

And one very special person helped me immensely with that change. 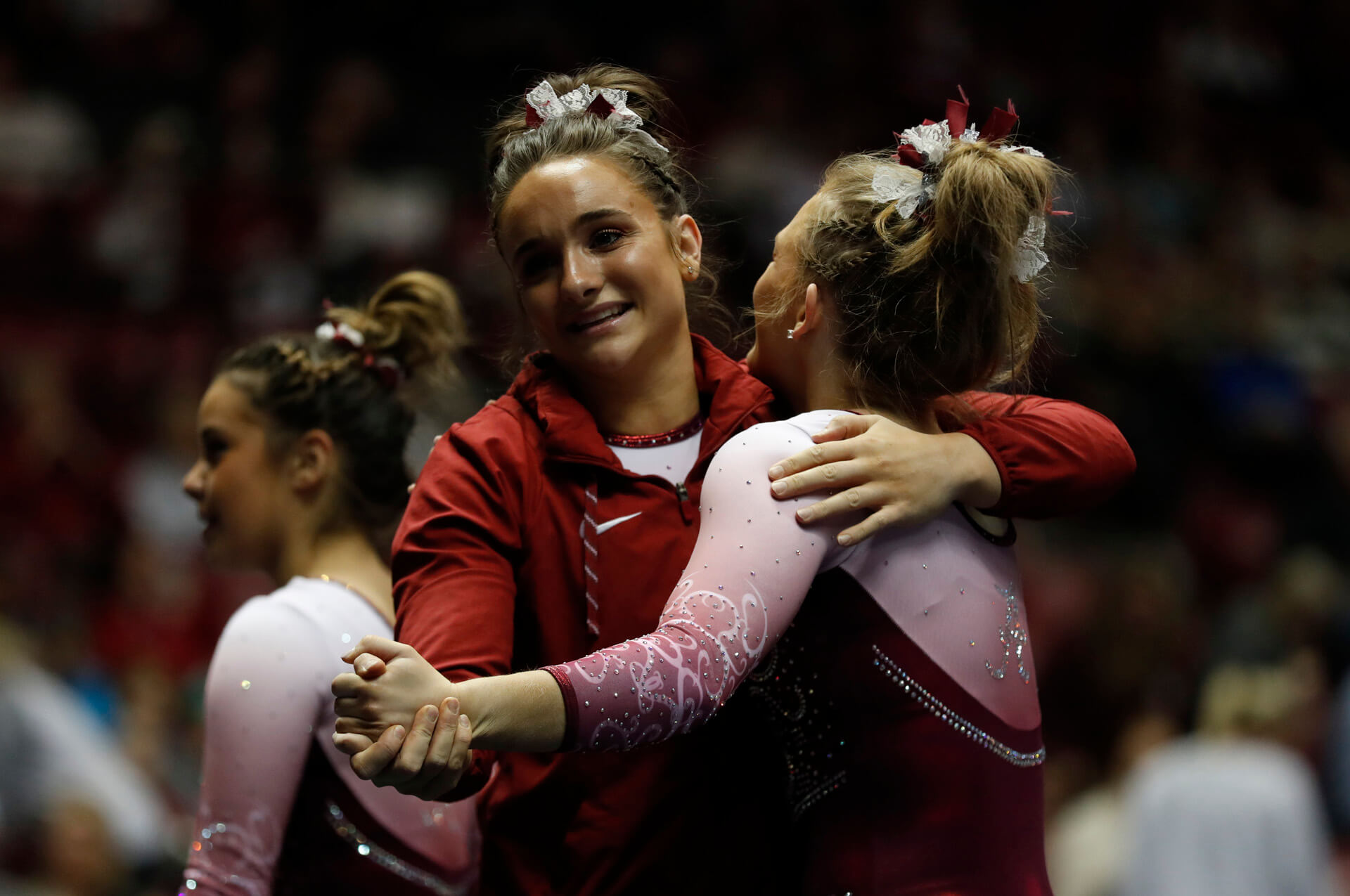 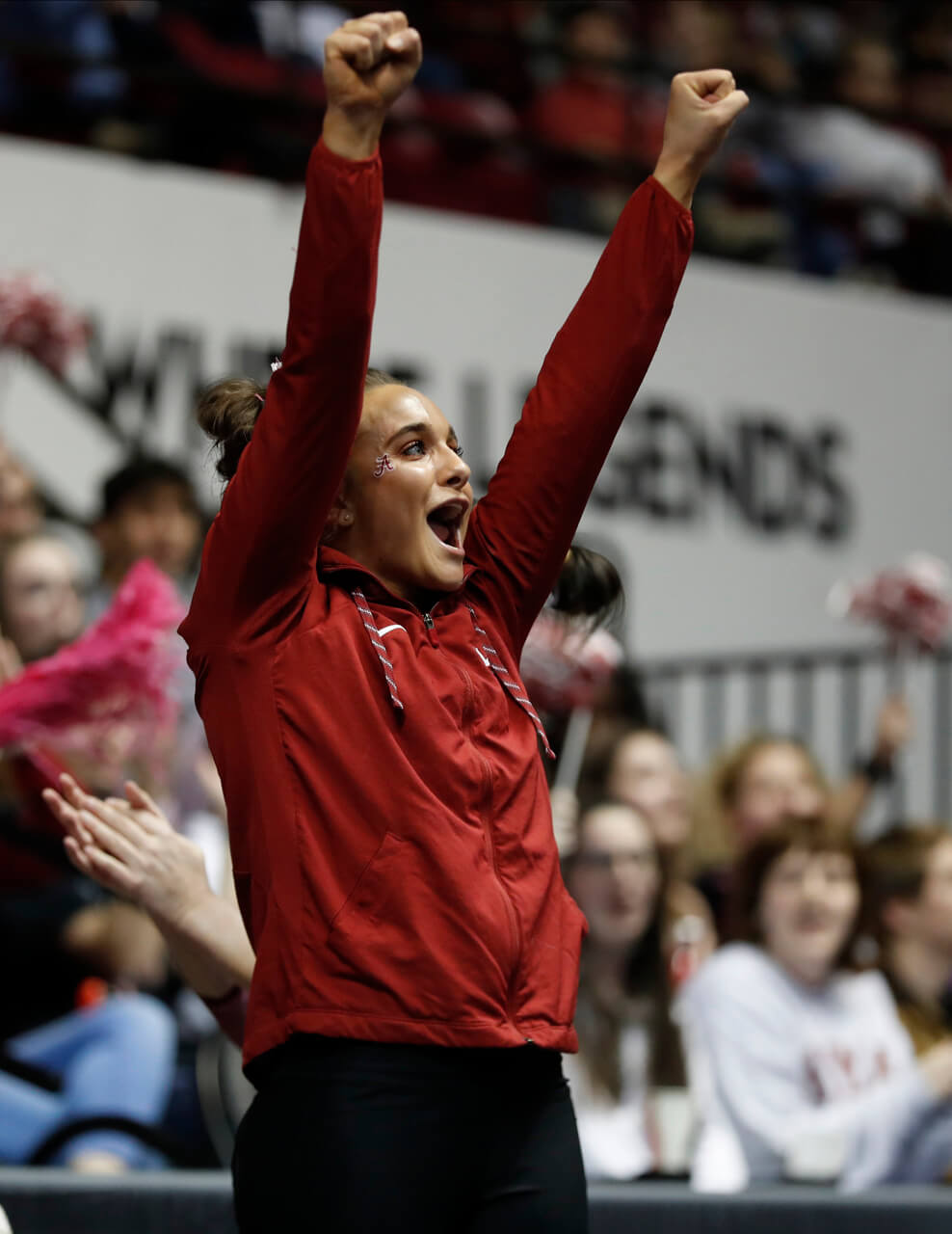 The unsung heroes in the world of athletics are athletic trainers. The amount of work they go through to make sure athletes are feeling 100% is so undervalued.

My athletic trainer, Monica Kirkpatrick, has been more helpful and influential than I can put into words.

She has literally been at my side throughout my whole career.

In all honesty, she probably knows my knee better than I do. Through every tear, strain, or rehab – she’s been there to get me back on my feet.

However, that’s just the start.

Over my time here, she’s also helped me realize that I’m not just an athlete. Gymnastics isn’t my only purpose.

I always appreciated our open and honest conversations a lot.

The challenge is that many athletes see their sport as the reason they’re in college, the bane of their existence. If they can’t compete and aren’t out there with their teammates, then who are they?

The mental avalanche a lot of athletes go through in moments like these is hard to navigate. It’s all the more important when someone steps up to show them the other side.

And Monica did that for me.

She helped me realize that, first and foremost, I’m here to get an education. Secondly, she showed me that being part of a team means more than just contributing points to the final score. It’s a lot about mentoring the young members, encouraging those who may be down, and being there for teammates when they need you.

I have a future beyond the mats and the beams. Monica has helped me see that more clearly, which I am eternally grateful for.

So, thank you, Monica. 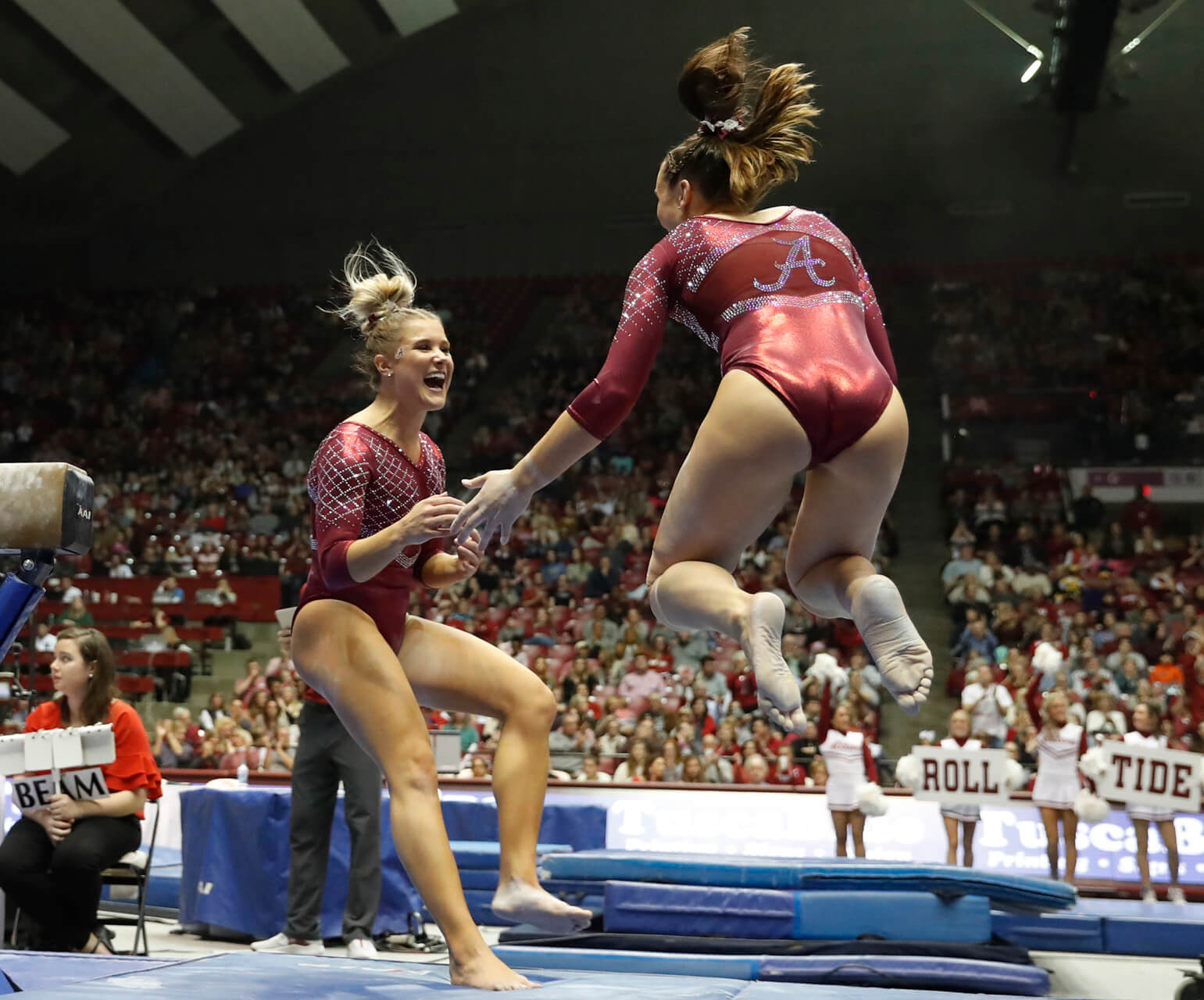 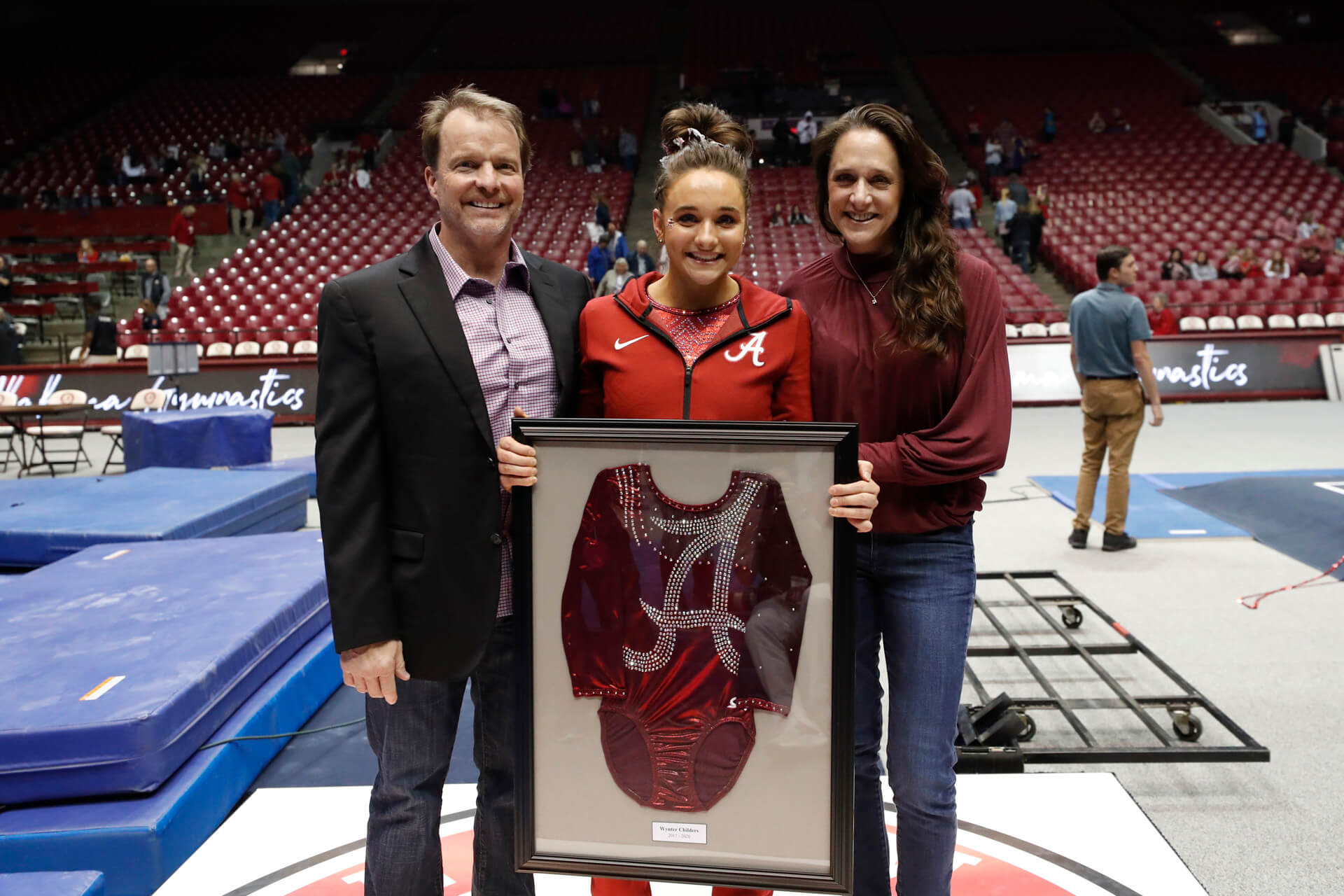 Now that my final season has come to an abrupt end because of the precautionary measures made due to the Coronavirus, I may not need surgery #4 as it was initially planned. I’m not sure. My knee still isn’t feeling all that great, but I want to see how it feels after some time off.

I try not to let that bug me as much anymore.

Early on, that’s all I could think about. It consumed my thoughts.

Now though, I have other things on my mind.

I’ve always been a creative nut that’s interested in art, entrepreneurship, and so many other things.

At this point, I’m even contemplating entering the entrepreneurial world and starting my own event planning business, hopefully in Nashville, utilizing this excellent education I have received.

This chapter becomes more and more intriguing and I’d love to explore this opportunity further.

Most of all, though, I’m just excited to see what’s next for me.