The Day The Race Stood Still

Imagine walking into a room full of collegiate athletes armed with the sort of news that would devastate them.

It’s an uncontrollable situation. Unfortunately, one I had to face recently.

It was in a tiny hotel room in Albuquerque, New Mexico.

You had to be there to see their faces.

I broke the news that the NCAA Championships for track and field was canceled. It was one of the hardest things I’ve ever had to do as a coach. As I’m addressing them, you could see the lights go out one by one as the realization hit.

An entire season was essentially curtailed by an unseen enemy. COVID-19 was wreaking real-world havoc around the globe, and we weren’t left out.

What can anyone possibly say in a moment like that? I wish I had better answers or something more profound to say, but I was simply a man trekking through uncharted territory.

The core of my message came down to this: 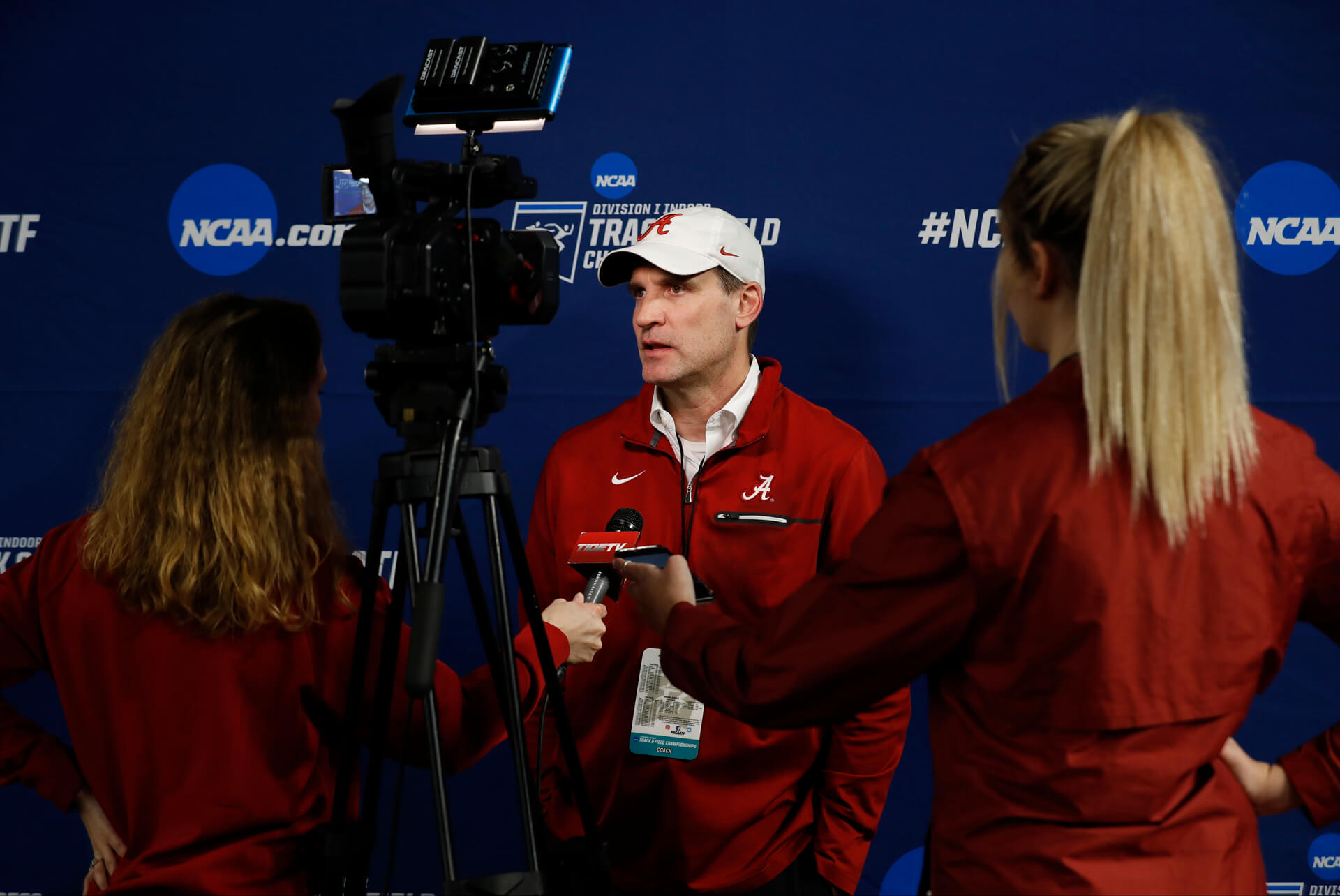 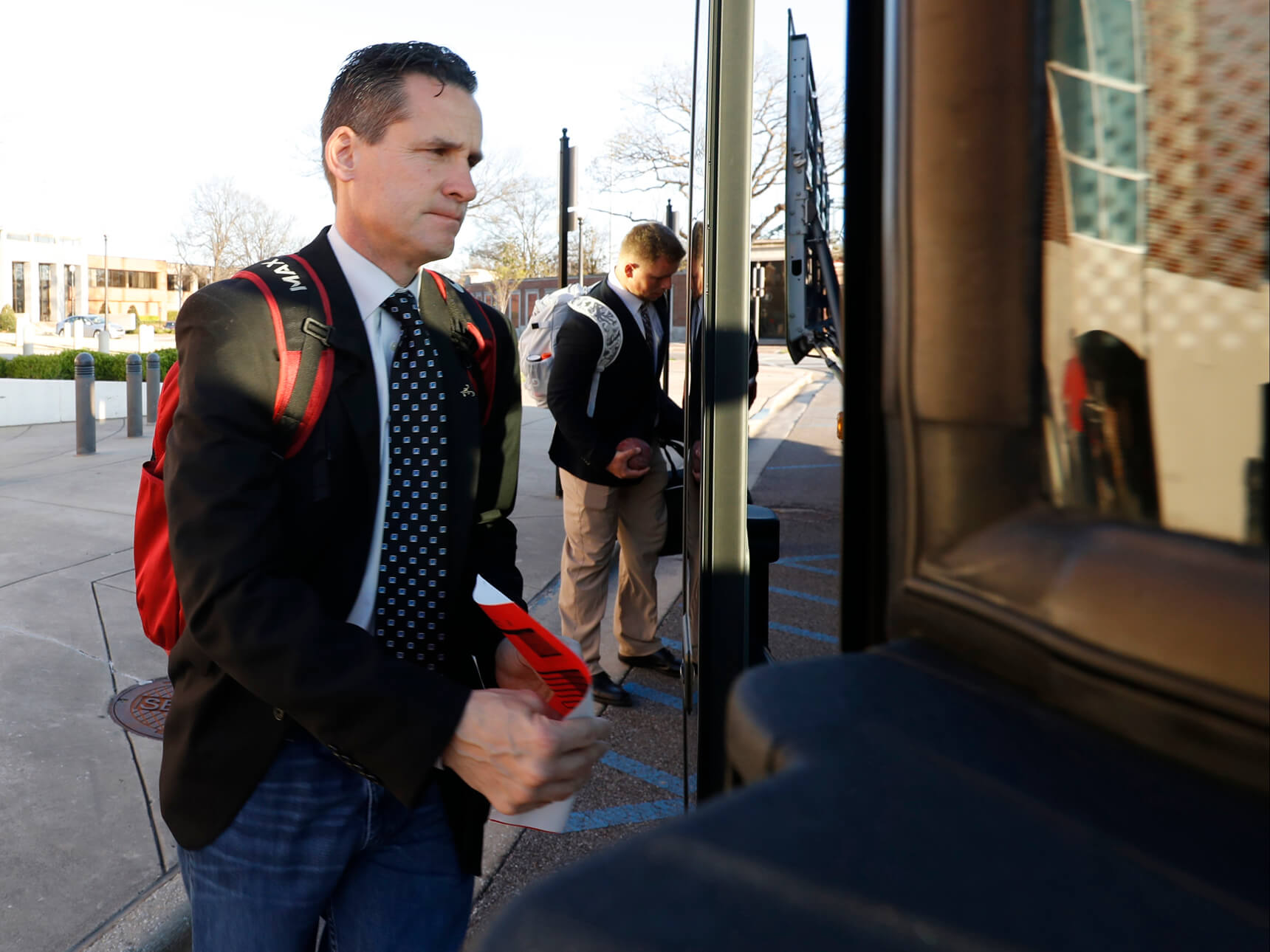 Slow Rolling Into The Tide

My journey from an assistant coach at Texas A&M to a head track and field coach at the University of Alabama was nearly a year in the making.

That’s no exaggeration, either. It literally took 11 full months of work to finally get hired at one of the country’s most prestigious schools for athletics.

Every two or three weeks, I’d try to do something to get my name circled back to the top of a long list of exceptional candidates. I’d send an email here, a text message there, and even my master plan in hopes of receiving a call back.

And then my phone finally rang.

It was a really exciting time for me personally. I got married not long before that, and we were both really thrilled to move to Alabama.

Ironically enough, after weathering the storm posed by the intense vetting process, another storm no one could have ever predicted threw a huge monkey wrench in the university’s plans.

The decision to hire me came after an E4 multiple-vortex tornado leveled the beautiful city of Tuscaloosa, leaving my job status on hold in the wake of tragedy. I remember just being concerned about the victims and the city.

My phone didn’t ring again until a bus trip to the Big 12 Championship in Norman, Oklahoma. I got the call asking if I wanted the job and accepted right away. That whole six or seven-hour bus ride went by so incredibly fast. Alabama sent out a press release of my hiring, and my phone never stopped ringing throughout the rest of the bus ride.

I broke the news to the team at a Carrabas in Fort Worth, Texas. I had a fantastic time at Texas A&M, and as we ended up winning the Big 12 title, I even got the best end to my career with the Aggies any coach could ask for.

Everybody can find a home in track and field. We have over 100 people on our rosters, and we all treat each other like brothers and sisters.

A Brewing Brother and Sisterhood

I’ll admit that I’m biased, but I’m a firm believer that track and field is the best sport in the NCAA.

As a head coach at Alabama, I’ve had the pleasure to work with people from all walks of life with different nationalities. We’ve got men and women competing together. And as you know, that doesn’t happen much in college athletics.

Where else would you see a tiny female distance runner on the same team as a giant male thrower? Everybody can find a home in track and field. We have over 100 people on our rosters, and we all treat each other like brothers and sisters.

There’s also the competitive side of things. I wasn’t necessarily the greatest runner myself in high school or college, but I felt like if I continued to work hard, the door to success would open in front of me.

I utilize that same mentality with my coaching. Hard work breeds success.

Effort stood out to me more than anything during this turbulent season.

Things didn’t turn out as expected, but we went into the national meeting with peaking confidence. We had a very potent team for both men and women, and we definitely felt like we were in the mix to surprise a lot of people.

Of course, none of that confidence came without some serious adversity. It took a herculean effort from some new faces to step up after some key athletes were sidelined by injuries.

Regardless of what happened, the kids never stopped competing. They picked up the slack and continued to work their way through it. 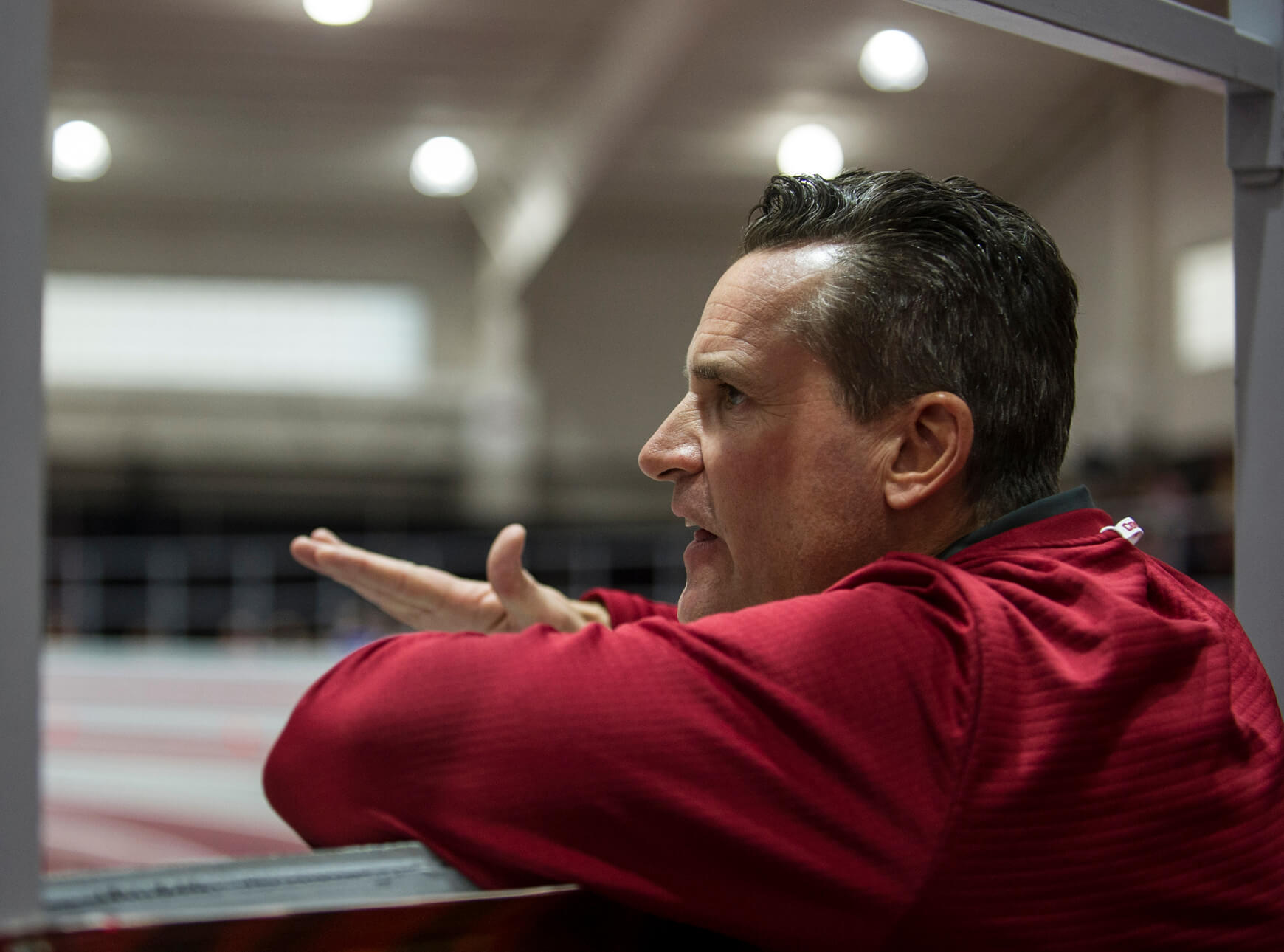 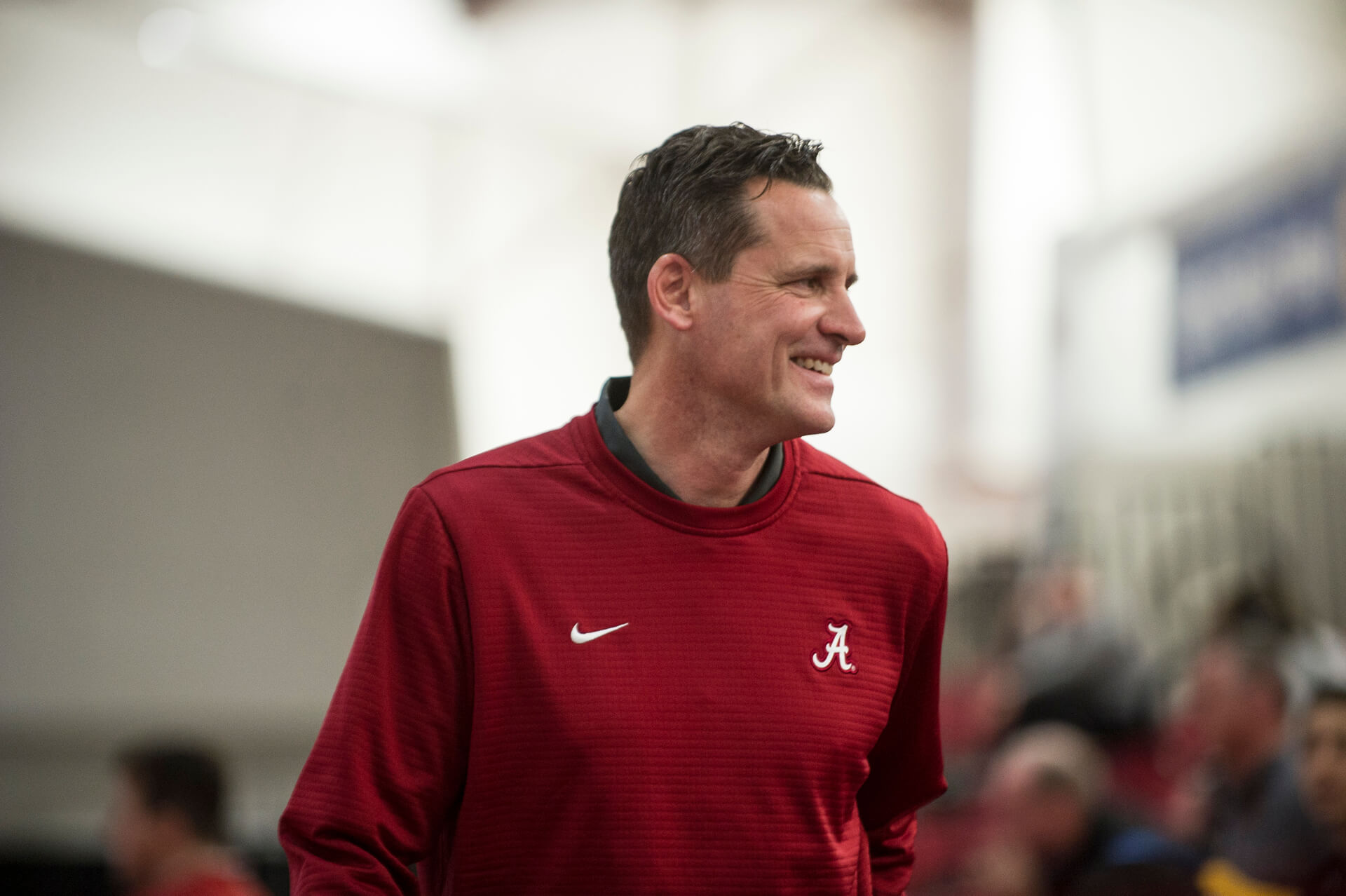 As we’re on the plane heading to the NCAA Championships meeting in Albuquerque, I started to hear rumblings about the possibility of spring sports being canceled in hopes of mitigating the spread of the virus pandemic. However, it was all pretty much conjecture and heresy at the time.

Once we arrived, we heard swimming and diving could be canceled the following weekend, but track still seemed like it was good to go—until we heard Harvard wasn’t going to send its team.

It was devastating, and I hoped it wouldn’t start to unravel everything.

We went on with practice as usual, and I was standing in the hotel lobby when I got the news that the entire Atlantic Coast Conference was pulling out. Then came UCLA, followed by the entire Big Ten conference.

I knew the event was likely canceled the moment the ACC withdrew their schools from the competition. It wasn’t long after that when the city restricted public gatherings to no more than 100 people. There were at least 500 athletes at the event.

New information kept coming in every 15 or 20 minutes—each tidbit driving another nail in the coffin of the 2020 event.

I went to the packet pickup, even though I was pretty certain at the time we weren’t having the competition. I figured I better pick it up so the kids would have something to remember from the venue.

By the time I made it back to the hotel, the NCAA had told us they were going to cancel the event. Our sprint team was actually on the track practicing when we found out.

I called a team meeting.

I told them it was the hardest thing I’ve ever had to talk to them about.

All of their hard work and dedication—none of it ended the way we wanted. I just wanted them to remember their effort to get to the championship because we’ll be back again someday.

I also told them I believed in the NCAA system, and they’d figure out a way to make it right for everybody. Let’s remember what we were and how we got here—how we’re brothers and sisters in this together.

I told them I loved them and appreciated every single one of them, including the assistant coaches. We proceeded to say a team prayer and that was it. 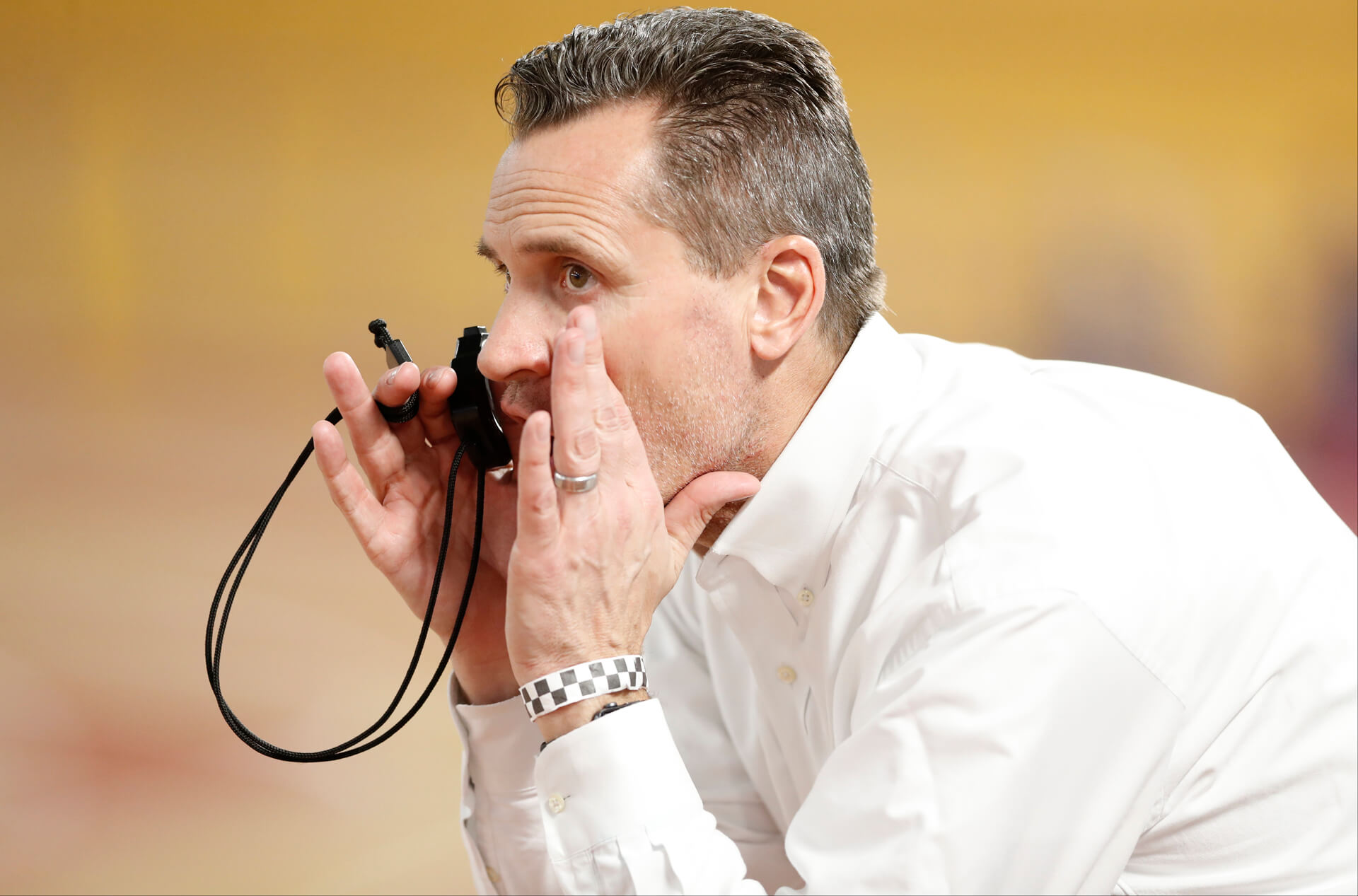 Standing in front of the team and delivering that impromptu speech in the hotel room was a very difficult time.

I was really emotional, especially with the kids and how hard they worked—only to have it taken away from them.

I think the hard times have forced us to value and really understand everyone’s role.

You just get a better appreciation for what people are doing all across the world, whether it’s the healthcare workers or people in administration—our trainers and doctors.

You can look up and see the whole administration working harder than ever to keep all of our kids safe.

Track and field athletes don’t get a lot of glory. There isn’t much hype around our sport. These are truly dedicated, hard-working kids. There are no egos in the room or anything like that—just a bunch of really good kids.

They’re the kind of people you want as friends for life, the kind you hire in the workforce—these are good people.

How fortunate I am to call those people my Alabama family.